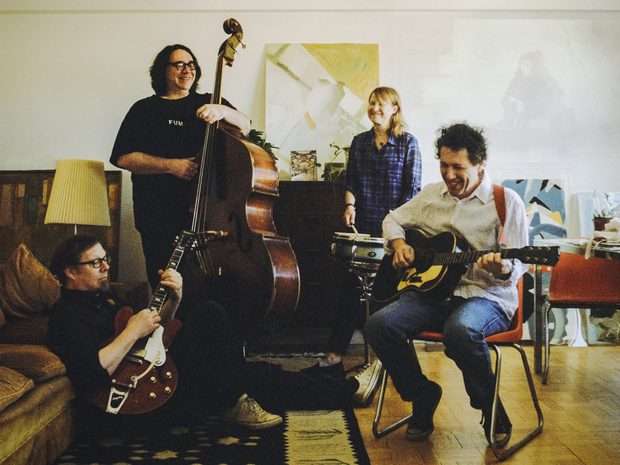 In 1990, New Jersey indie rock outfit Yo La Tengo released a stripped back long player, Fakebook, a set of 11 covers (with Cat Stevens, Daniel Johnston, Gene Clark and The Flamin’ Groovies numbers all making the cut) and five originals.

Marking the 25th anniversary of the album, Yo La Tengo has delivered a follow-up, Stuff Like That There, which sees the band revisit Fakebook’s format including a mix of cover songs, ‘covers’ of Yo La Tengo tunes, and brand new originals.

This time around, the Ira Kaplan-led quartet connects the dots between artists like Hank Williams, The Cure, The Parliaments and – again – The Flamin’ Groovies.

“We enjoy playing songs that we didn’t write … first and foremost, these are songs we think we do well. The record is richer, in our opinion, by mixing songs that people might know with songs it’s very unlikely that they know.

“We just think that makes it more interesting, rather than a tribute to [Gerry] Goffin and [Carol] King, or something.”

Artist: Yo La Tengo
Song: I’m So Lonesome I Could Cry
Composer: H.Williams Snr.
Album: Stuff Like That There
Label: Matador Records