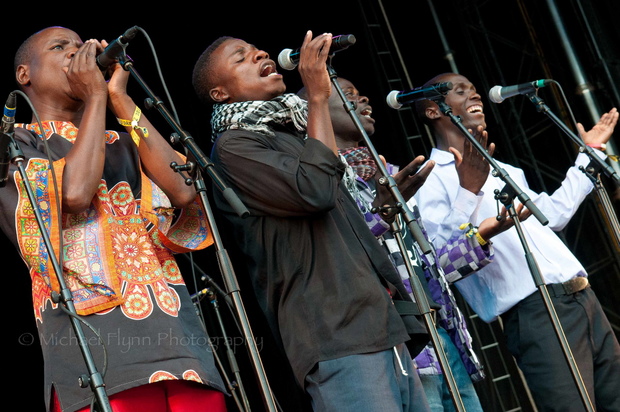 An interview with and live performance from Canzoniere Grecanico Salentino - a seven piece band from Puglia in the south-east of Italy. Their fusion of traditional pizzaca music has been their passport to the global Festival circuit. Led by singer and multi-instrumentalist Mauro Durante, whose father Rina founded the band in 1975, the band mixes tradition with experimentation-  from rousing dance to introspective ballads.

Also, a live performance from the Malawi Mouse Boys. As childhood friends, they sold barbecued field mice on sticks as snacks to travellers in rural Africa. Now, Malawi Mouse Boys have the world mesmerised by their sweet, soulful singing. While the group name pays homage to their childhood job, their music pays homage to God through a peculiarly African interpretation of gospel music.