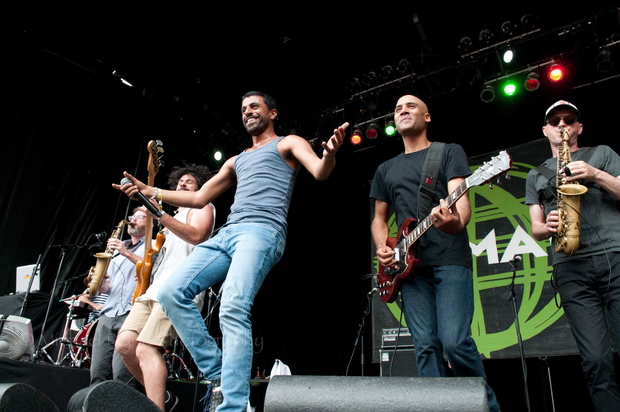 An interview with and live performance from Balkan Beat Box, a band based in Brooklyn New York, and originally from Tel Aviv, Israel. Their fusion of Balkan and Middle Eastern influences, wrapped up in electronica and delivered with a punk attitude had an enthusiastic and engaged audience. 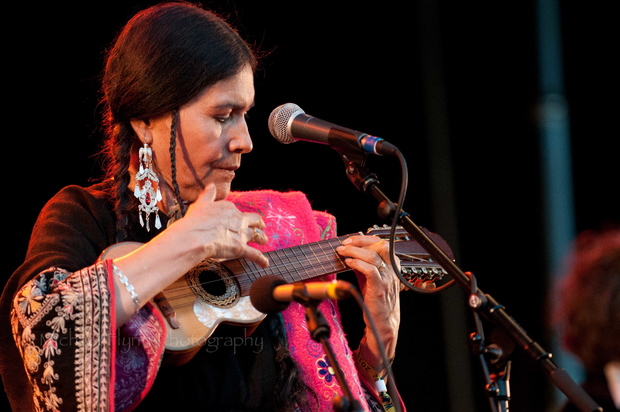 And Bryan Crump introduces a charismatic live performance from diminutive Bolivian singer, Luzmila Carpio who sings songs in the Quechuan tongue, a language dating back 2000 years.