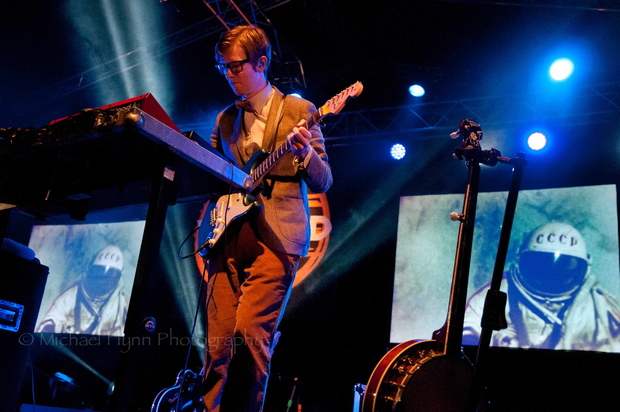 They have established a reputation by searching out old British and American films, wartime propaganda reels, documentaries and crackly radio broadcasts and legally sampling the dialogue to create their own distinctive homage to the past re-contextualized for a contemporary audience.

Songs: 'The Race For Space', 'Theme from PBS', 'Signal 30', 'Night Mail', 'Gagarin', 'Roygbiv', 'Go', 'Spitfire', 'The Other Side', 'Everest'. Recorded live on the Brooklands Stage by Radio NZ National. Mixed by Graham Kennedy.