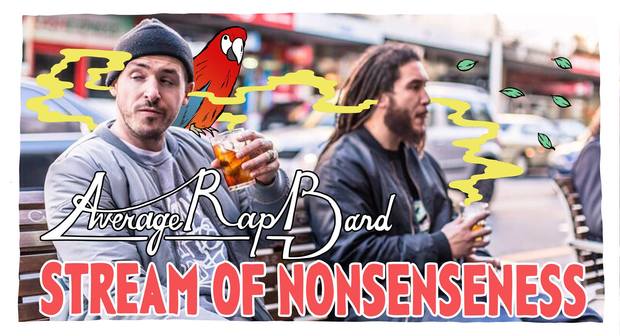 Ditching the lyrics about string theory and Stephen Hawking that marked their former project, @Peace, Tom Scott and Lui Tuiasau have delivered a palette cleanser in the form of the Stream of Nonsenseness EP, the fruits of their new partnership, Average Rap Band. The newly-formed rap duo talk to Sam Wicks about getting their bars up.