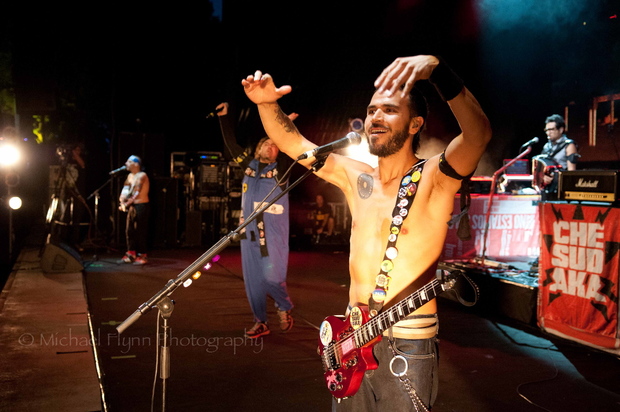 Hear an interview with and live performance from Spanish based group Che Sudaka. Originally from Columbia and Argentina, the four members of Che Sudaka honed their sound busking on the streets of Barcelona - and 1200 concerts and 41 countries later made their first appearance in New Zealand.

Then, hear a set from Auckland-based funk band Tahuna Breaks who had an appreciative Womad audience up and dancing as they opened the TSB Bowl stage on the Saturday afternoon.