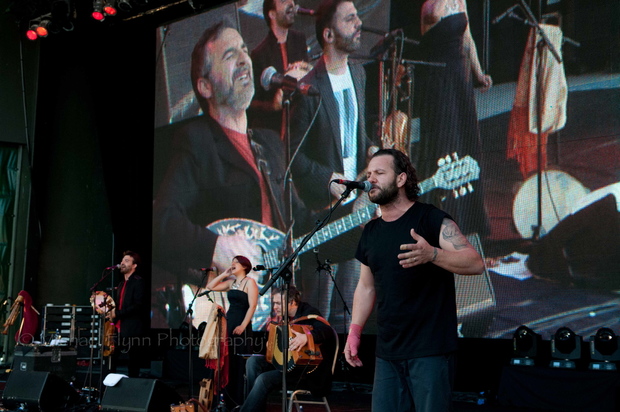 Featuring: Canzioniere Grecanico Salentino from Southern Italy. This seven-piece band and a dancer have thrilled Festival audiences the world over with their hypnotic brand of Pizzica music that is based around the tamburello frame drum, violin, bouzouki, accordion and bagpipes.

And hear seven-piece band TaikOz from Sydney, Australia who have adopted the art of Japanese drumming, and whilst respecting the traditions and philosophy of the art form have put their own contemporary stamp on their music with original compositions.