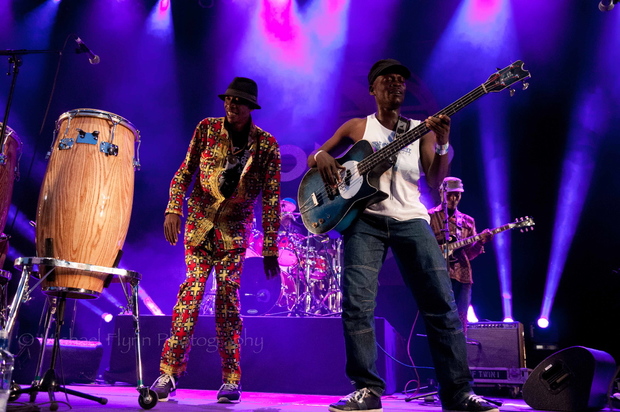 Featuring two of Africa's finest musical exports: Youssou N'Dour from Senegal, is a man described as the Golden voice of Africa. Accompanied by big band Super Etoile de Dakar, Youssou N'Dour performs a set that delighted a capacity crowd closing the opening night at this year's sold out Festival.

Also featured is an electrifying performance from a band hailing from Kinshasa in the Democratic Republic of Congo - Jupiter & Okwess International. Despite being totally unknown, they won over an enthusiastic audience who responded to Jupiter's unique brand of Congolese funk delivered with visual flair and relentless energy.