To Pimp A Butterfly by Kendrick Lamar 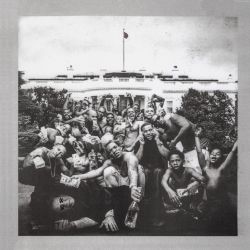 To Pimp A Butterfly is a complex, multi-layered record, and while it doesn’t have the obvious narrative thread of good kid m.A.A.d city, the rapper’s 2012 debut, it is consistent in its themes, which are addressed through a range of personas and lenses, all masterfully controlled. Beyond anything else, To Pimp A Butterfly says loudly and clearly that for America as a nation the legacy of slavery remains an issue that is far from resolved.