Trinity Roots: a blur of touring, writing and recording 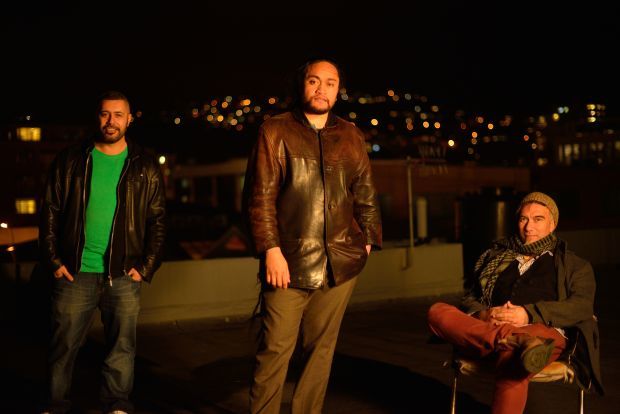 It's been more than a decade since Trinity Roots dropped their last album Home, Land and Sea - announcing less than a year later that the band was breaking up.

Five years after that, fans would celebrate news of a re-formation, only to be told a mere months later that drummer Riki Gooch was leaving for good.

So much a trio that even the band name references the fact; many wondered which drummer might fill Gooch's shoes. For a while Jean Pompey did a stellar job, but after she was unexpectedly called to a life in Australia, the truncated tripod finally found their third leg in drummer Ben Wood.

The past two years have been a blur of touring, writing and recording ahead of the release of their third studio album Citizen.