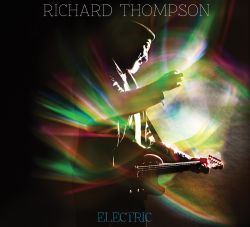 As a teenager Richard Thompson was a founder member of London-based band Fairport Convention. More than forty years on, this singer, songwriter and guitar hero he is revered for his unique blend of English and Celtic folk elements in a distinctive and original style. Equally adept at acoustic and electric guitar, he has continued to play both ferociously original rock music and develop as a singer-songwriter with a uniquely pointed pen.