Stages: Golden Bay's Mussel Inn is one of NZ's most desirable venues 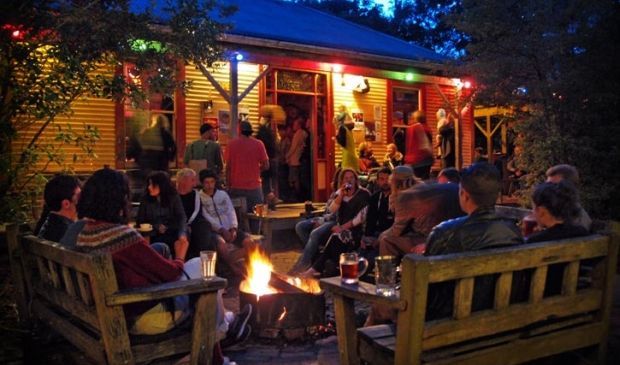 At The Mussel Inn in Golden Bay the waiting list is almost a year long, and musicians return with tales of blissful crowds, a brewery on site and log cabin accommodation.

Anthonie Tonnon visits one of New Zealand's most desirable stages.

In the past decade, longevity has fallen out of fashion in the cities. Venues like Puppies in Wellington or The Golden Dawn in Auckland were designed as temporary, changeable spaces – their patrons encouraged to appreciate the natural lifespan of a space, rather than be disappointed as a venue changes or closes down. Meanwhile, permanent fixtures of the same scenes like Bodega or The Kings Arms have battled to hold their patronage as newer, on-trend venues open.

But in Golden Bay, there is a venue that feels as rooted in place as the trees it was built from. The Mussel Inn is a simple macrocarpa building in the shape of a box, with large verandas on two sides. In some ways, it represents the essence of New Zealand building. It could be a 19th-century colonial building or a 1950s tramping hut, but it was built at the start of the 90s by log house builders Jane and Andrew Dixon.

Out of that macrocarpa box, they have become restaurateurs and award-winning brewers, and owners of one of the most desirable venues to play in New Zealand. From small beginnings, they have gradually installed a PA system, lighting and flexible staging, and Andrew has taught himself to become the venue’s sound engineer. The couple has become well-known for their generous hospitality to musicians, who are well-fed and paid regardless of the turn out to their show, and put up in a luxurious log house a short stroll from the venue.

I interviewed Jane and Andrew in the living room of this log house. It’s actually the house they started building for themselves before opening the bar. In summer it’s now mostly occupied by visiting bands, while Jane and Andrew stay in a much simpler hut next door. You can tell they’ve been hosting bands a long time. There is a note on the door to a musician’s bedroom about making sure your shoes are off before you walk upstairs. I can’t imagine how much of an annoyance the sound of shoes on wood must be after 23 years of giddy musicians forgetting to do so on their way to bed.

It seems an unlikely miracle The Mussel Inn exists. It’s 17km north of Takaka, in an area called Onekaka, but the closest thing to a township there is The Mussel Inn itself, and the many cars parked outside on a summer afternoon. It must take optimism, or at least a clever, low-cost structure to believe it could be viable.

“We knew that we were here and that our friends were here, and that we all liked to enjoy that sort of thing, but we also knew that there were a lot of visitors coming here over the summertime. It was never built for the tourists. It was built for the locals basically, and the tourists are kind of the cream on the cake."

Some of the musicians and Mussel Inn staff I spoke to expressed admiration for Jane and Andrew’s business model. The bar shuts down between July and September to give the staff a break and help cut costs during the offseason.

“They obviously know its cap too ... there’s no open-ended pyramid thing there – that they’re going to make a franchise out of it ... this is as much as it does, it doesn’t do more, and that's it operating at its optimum level, and if it’s operating at that – great.”

In summer, the main burden on The Mussel Inn seems to be its popularity. Andrew spends much of his day working in the brewery and loading kegs to be delivered to Nelson, before jumping on sound duty at night. The Mussel Inn’s flagship beer the Captain Cooker is starting to appear in bottles all around the country. For bands, there is a waiting list more than a year long to get a show. 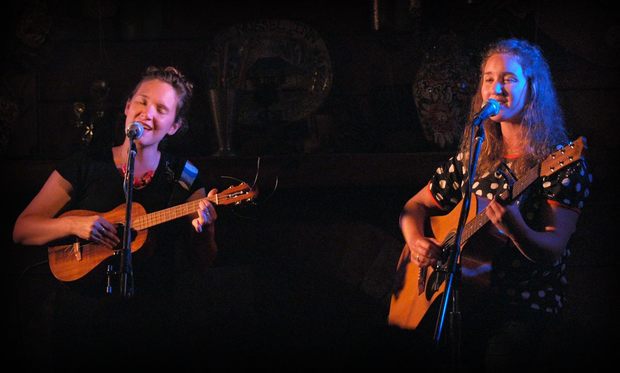 There’s a philosophical underpinning to the way Andrew and Jane approach music. The pair tries to keep their taste from influencing the shows. They call themselves facilitators, whose job is not to curate but to ensure maximum enjoyment in the room. I mentioned this to Anna Coddington, a musician whose father, Pete Coddington, ran The Yot Club in Raglan for many years, and she said that made sense to her.

“The thing [Pete] really loved was watching the interaction between an act and an audience, and seeing the faces of the audience light up. He used to talk about it all the time, like, you know, a spiritual experience. For him, the pride was in being the facilitator of that.”

Jane and Andrew wouldn’t be drawn on the topic of their favourite gigs, but Jane left me with a story of a local character who embodied their philosophy:

“There was a man in our community some years ago who used to come to every gig. And he was so unbiased in his outlook ... he could see the expressions in people’s faces or the effort they were making to create the music or where they’d come from to be at The Mussel Inn.”