Aaradhna preparing to play The Apollo 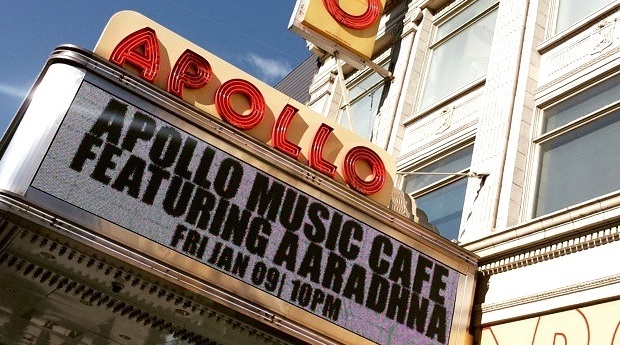 New Zealand music history will be made in New York City this week when Porirua born, Los Angeles based soul singer Aaradhna steps on stage at a sold-out Apollo Music Café at the Apollo Theatre, the first time a Polynesian performer has headlined a venue that has witnessed performances from soul greats like Aretha Franklin, James Brown, Stevie Wonder, Ella Fitzgerald and Gladys Knight. Melody Thomas checks in with our own Soul Sister before she treads the Apollo boards.

Aaradhna on NZ Live, from Afternoons 2013