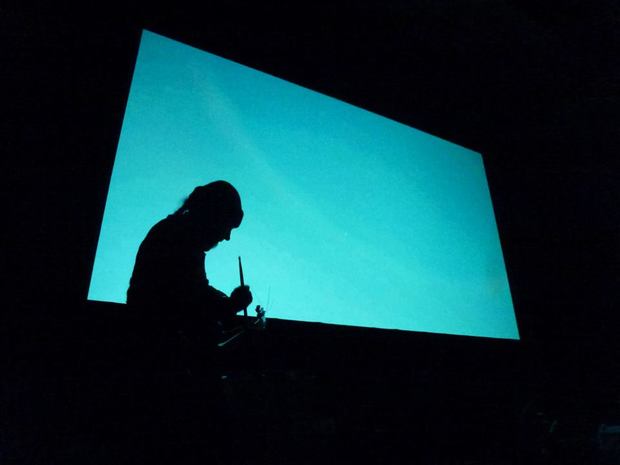 Over a headspinning five days, more than 50 acts came together to perform at the Audio Foundation’s Nowhere Festival held in Auckland last week.

A celebration of sonic adventurers from around the country, the festival featured a wildly diverse range of performers.

There were electronic sound-making devices housed in old VHS cases, instruments made from old spinning wheels, and everything from scrunched up, blissed out ambient drones and immersive laptop performances to grubby noise rock and improvisational ensembles, mostly held in the bunker-like confines of the Audio Foundation’s headquarters in Auckland.

Kiran Dass was there, and spoke to festival organiser and director of the Audio Foundation Jeff Henderson, Beth Dawson who performed in scuzzy space rock group the Maltese Falcons, in the Musical Electronics Library, and solo with a hive of low lying electronics with beats and vocals as Ducklingmonster; and two ex-pat New Zealand punters who jumped on a plane from Melbourne especially to catch the festival.