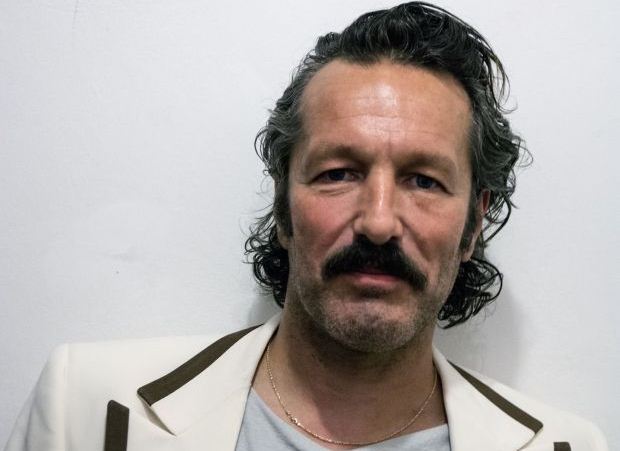 Jim Pinckney reviews the slinky psychedelia of Wildest Dreams, the new project of U.K. stalwart DJ Harvey, who has jumped from punk, to disco, to techno throughout his career.

With a multitude of youthful bands once again invading their Dad’s record collections and hopelessly doing their level best to capture some of Tame Impala’s delightful, light psychedelic magic, - it’s taken an elder statesmen to muscle in, and show what can be done - when you go back to the roots, without having to involve a hairdresser and a team of stylists.

Wildest Dreams is the brainchild of DJ Harvey, who shouldn't be confused with West Country gothic princess PJ Harvey. He is a quasi-mythical figure in the record spinning world whose lengthy and legendary sets inspire an almost religious fervour amongst other DJs, myself included. A veritable musical encyclopaedia and a sensei at reading the room, his sets usually clock in over six hours and span an impossibly wide range of music. From his origins in John Peel favoured East Anglian post punk band Ersatz, through to living in New York during the birth of hip hop, or holding down the residency that defined the early days of the Ministry Of Sound, Harvey has a habit of being in the right place at the right time, and usually on the guest list.

While most of his previous projects like the excellent Locosollus and Map Of Africa have slotted easily into the dance world, Wildest Dreams makes no attempt, and aside from confirming that there’s plenty more life in rehashing rock’s weary  old bones, it may just be his most successful venture yet.

Handling the drums, guitar and vocals himself, with members of LA funk outfit Orgone providing the remainder, there’s no self consciousness about wearing their influences on their sleeve, it’s all very much out in the open. So you’ll hear touches of the Doors, Fleetwood Mac, Led Zep, Deep Purple and Cream at times, amongst many others, but it does great deal more than simply wallowing in misty eyed nostalgia.

On Yes We Can, in full punning flow, they move away from LA’s sun dappled streets to the chillier climes of Cologne and Can’s studio. Their deliciously messy, extended Krautrock jam is a world away from the tidy synthesised pulses and mechanised rhythms that most contemporary acts draw upon from that scene and era.

By contrast the yacht funk workout 405, dedicated to the highway of the same name, is the tidiest track on the record, promising ‘half decent sandwiches’ and ‘a bar with sombreros on the wall’ amongst the many delights on this sly, funky, road song.

If the quote dubiously accredited to Pablo Picasso - ‘good artists borrow, great artists steal’ is true, this glorious romp is the crime of the century. It’s little surprise that Jarvis Cocker named this as currently ruling his stereo during his Q&A at the recent New Zealand Film Festival, they both share a raffish charm, and an appreciation of the ordinary, extra ordinary and overlooked that goes deep enough to mine out the really good stuff. Wildest Dreams indeed.