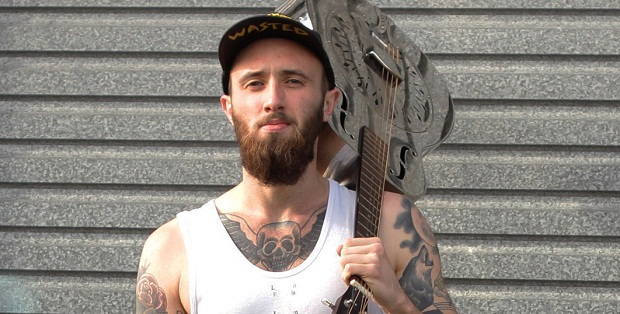 Wood, a drummer by trade, is a survivor from Bernie Griffen’s former outfit, The Grifters, a band that he still holds in the highest esteem.

“In many ways I think that’s probably the greatest band I’ll ever play in, and I wish it had gone through to its full potential,” says Wood. “I don’t think I’m ever going to get a chance to play in a band like that. I mean, I obviously still play music with Dave [Khan] and I’m still friends with all the guys, but when am I ever going to find a 60-year-old ex-junkie with all the stories in the world to play drums for?”

Nick Atkinson talks to the classically trained player about going solo in the wake of the Grifters’ split.