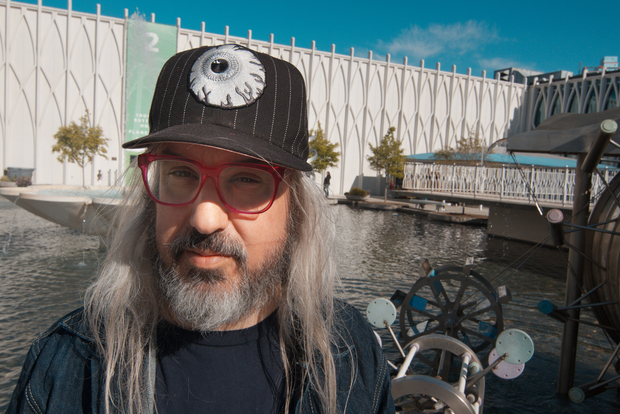 Dinosaur Jr frontman J Mascis has been prolific in the last few years, tackling various film soundtracks, and releasing both solo material, and albums with those original bandmates Lou Barlow and Murph.

J Mascis famously referred to the guitar as a ‘wimpy instrument’ in an interview with Spin magazine in the late 90s, and said that it was only halfway bearable when the volume and distortion were cranked up.  His latest solo album Tied To A Star shows a softer side though, with some contemplative sections of acoustic finger-picking, and a heavy dose of buddhist philosophy.

J is a man of few words, but Kirsten Johnstone managed to extract some from him, from his kitchen in Massachusetts.

Hear a 2012 live session at Roundhead with Dinosaur Jr here