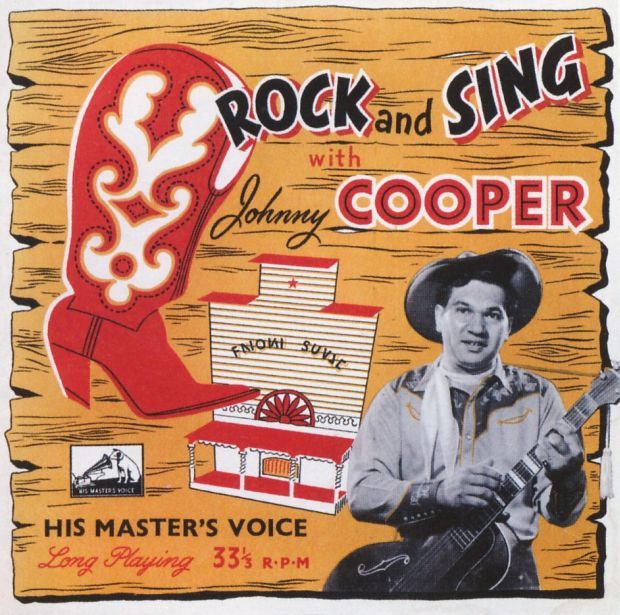 Listen to 72-year-old Johnny Cooper, Q.S.M., share some of his memories with Kelly Tikao in 2001, for the New Zealand Music profile series Musical Chairs.

Please note: the archival audio quality of this 2001 recording is not ideal.

Johnny Cooper “The Maori Cowboy” received the ultimate honour from Dame Silver Cartwright in 2001 when she presented him with the Queen’s Service Medal for his services to the community within the entertainment field.

Not bad for a Maori “fella” brought up on his father’s farm in Wairoa and given his first worn-out guitar at 16 years of age by his uncle.

Within a short period of time he had gone from entertaining the shearers on the farm to performing weekly on the NZBS. He even flew to Korea and Japan to entertain the kiwi troops.

- Well-known lyrics from popular party song 'The Lonely Blues' - the best-selling ‘78 in 1954 - by New Zealand's country and western and rock and roll pioneer Johnny Cooper.

Johnny was the first performer outside of America to record Bill Haley's 'Rock Around the Clock' (1955), thus introducing the new rock'n'roll dance craze to Aotearoa. 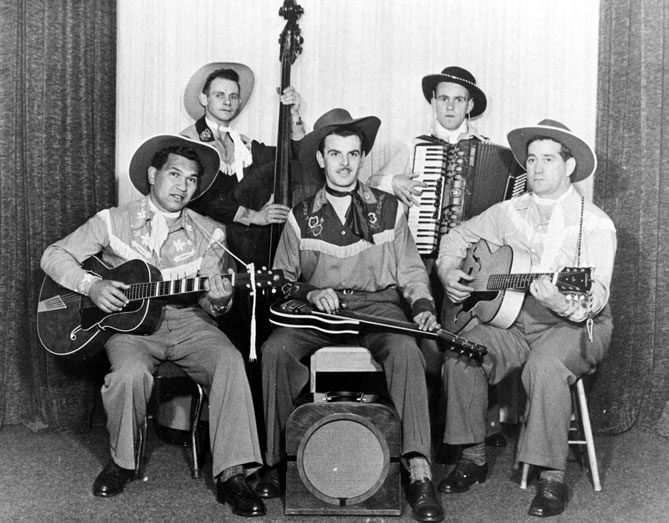 In 1957 Johnny wrote what is considered to be New Zealand's first (or possibly second) home-grown rock 'n' roll song: ‘Pie Cart Rock’n’Roll’ in honour of a Whanganui late-night kai providor.

That same year, along side his career with his band the Range Riders, Cooper started a 10-year stint as organiser and compere of talent quests from Palmerston North to Waikato. Give It A Go was a huge success and brought out talent like Johnny Devlin, Maria Dallas, Midge Marsden and John Rowles.

Find out more about Johnny Cooper on the AudioCulture website.

A script from the Radio Trail featuring Johnny Cooper and the Range Riders, broadcast on 2YC. 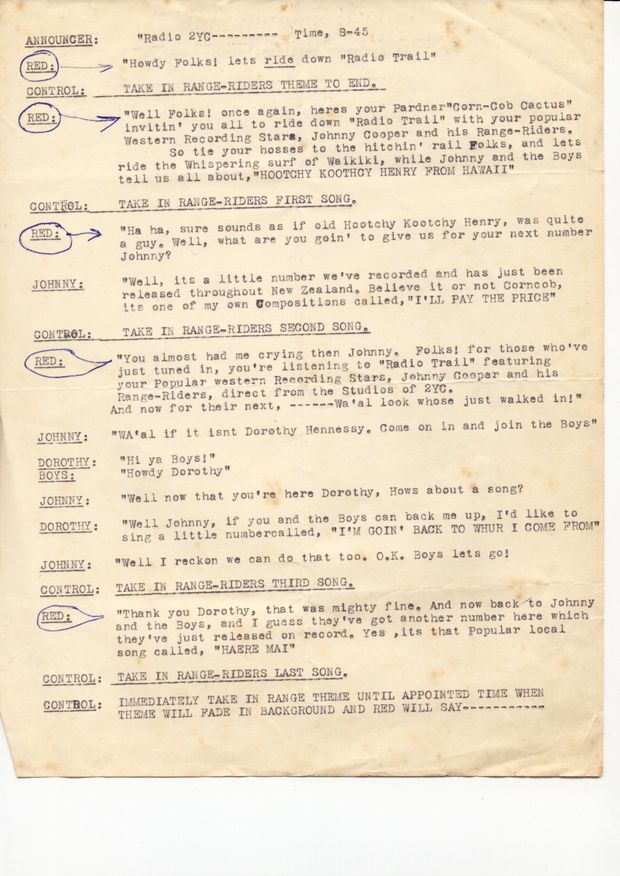