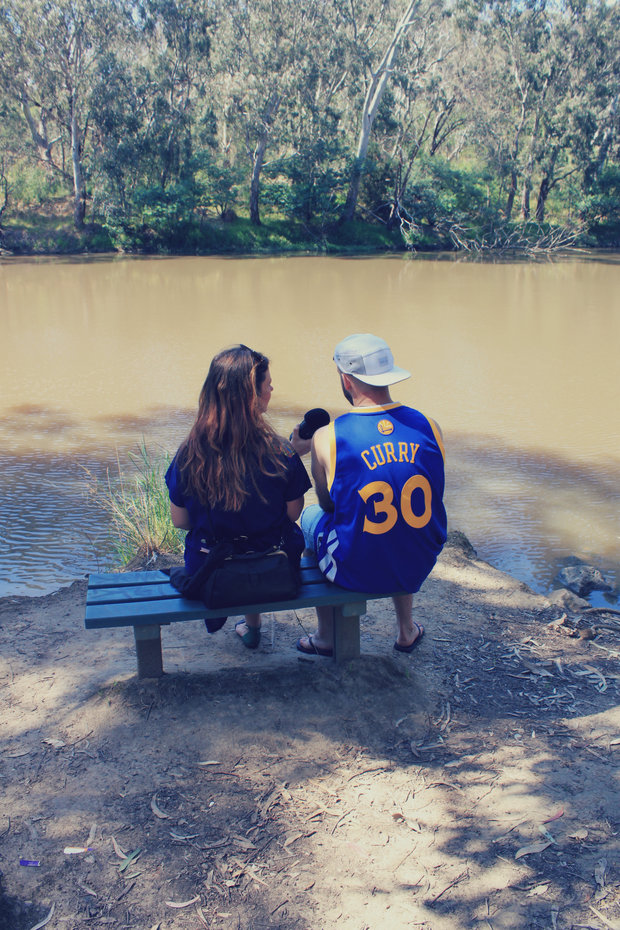 Any expat knows it can take a while to fall in love with a new city. For Tom Scott, lyricist for Auckland-born hip hop outfits Home brew and @Peace, it was a year before he could say the decision to move to Melbourne was the right one.

Melody Thomas visited Tom for a tour of his neighbourhood and surrounds – as well as some frank discussion around his upbringing, his art and the values and opinions that keep getting him into trouble.

If you already know about Tom Scott it’s either because you love his music or his reputation precedes him. The talented scoundrel is admired by as many as he is despised – simultaneously offensive and likeable, inattentive and introspective, hyper intelligent and reckless.

Scott also possesses qualities that must terrify politicians, teachers, police and others in positions of power – a complete disregard for authority and a sizeable audience hanging off of his every word.

“From a very early age punishment didn’t deter me enough. I got punished and loved it. I loved being on the detention role. I loved being growled because I was just being given more acknowledgment,” he says.

Which might explain why Scott’s musical career to date has been equal parts celebration and outcry. In 2012 his band Home Brew released their self-titled debut album to high praise, earning four New Zealand Music Awards nominations. At the same time many questioned the merit of an album where the lyrical content appeared to promote drug taking, alcohol abuse and benefit fraud.

“I was living in Avondale, we’d drink beer in the garage and we had nothing going for us. We were all high school drop-outs. I was just trying to be a voice for that generation… Turns out I was the voice for a whole bunch of munters in rugby league shorts and basketball singlets as well,” he says.

Home Brew went on to win Best Urban/Hip Hop album at the NZ Music Awards, but the band got more attention for their behaviour on the night; walking the red carpet with a goat, Scott accepting the award with an expletive-laden speech and a final shot at Prime Minister John Key, before the music was turned up to drown them out. Home Brew’s reputation for mischief and controversy had many excitedly predicting what they might do next, while others dryly commented that the most outrageous thing they could do was to do nothing outrageous at all.

Around the same time Scott began to flex more reflective lyrical muscles with jazz-inflected collaboration @Peace. The group’s self-titled debut was nominated for the Taite Music Prize in 2013 (along with Home Brew, Home Brew), and follow-up Girl Songs was nominated for 2014. The most recent release from the group, 2014’s interstellar escapade @Peace and the Plutonian Noise Symphony, seemed to be an exercise in how far fans were willing to follow the group down the rabbit hole.

“We tried so hard to make something that people couldn’t digest… [and] the fans really relate to it and enjoy it. I think I underestimate my fan base a lot… Those same dudes who were drinking Flame beer in the sleep-out 10 years ago have grown with us,” says Scott.

A year ago Scott relocated to Melbourne, and the colours and tones of his new life began to seep into his music. Snapshots of suburbs like the one he lives in, Collingwood, where junkies and the homeless convalesce on the same pavement as hipsters and suits sipping overpriced coffee. Laments over starless city skies. Odes to tram jumping. Songs that sound like love letters addressed to home.

Keen for an excuse to visit this city I’d heard so much about, I emailed Scott to ask if he’d show me round his “other home”. His excited reply detailed half a dozen suggestions for what he called our “blind date” – fried chicken, a visit to a children’s farm, to his favourite juice shop and, if I could time it right, to see one of his musical heroes D’Angelo play Soulfest. And so a week later I found myself on a plane heading to Australia for Tom Scott’s Guide to Melbourne, hoping madly that my date would decide to embrace the charming and forthcoming side of his nature, and not the reckless savant seemingly dead-set on self-destruction.