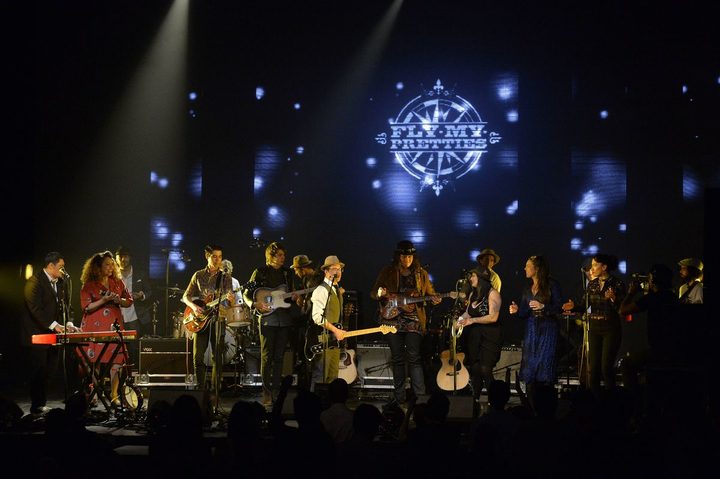 Come behind the scenes of the popular New Zealand music showcase Fly My Pretties, midway through the live tour of the fifth incarnation: Homeland. Along with new songs and music the live stage show features archival images of heartland Aotearoa, and favorite songs from previous Fly My Pretties outtings.

Musician frontman for The Black Seeds and Fly My Pretties, and his storyteller father, collaborating for the third FMP event in 2009.

Fly My Pretties 2009 in Session

The brainchild of The Black Seeds frontman Barnaby Weir, and Loop Recordings Aor(ear)roa, Fly My Pretties brought together the creme de la creme of the Wellington music scene, as well as our most talented film makers and VJ's. Kirsten Johnstone joined the crew a few days before opening night to witness the creation of Fly My Pretties Two in 2006.

We continue our journey with the crew from Fly My Pretties into the Paramount Theatre in Wellington for the live performances. It's September 2006, and while New Zealand is in the throes of pre-election fever the Fly My Pretties co-op were having political negotiations of their own with Loop Recordings head honcho Mikee Tucker.