The Avengers on Musical Chairs

Keith Newman catches up with the surviving members of The Avengers to capture their memories of life as 1960s pop culture commodities. 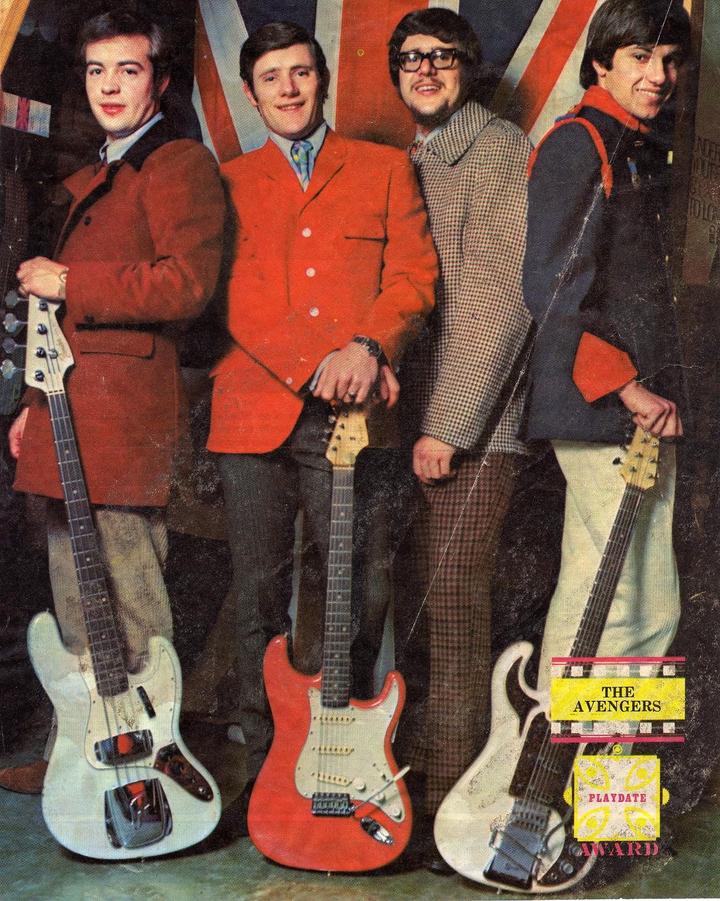 From the outset The Avengers were highly publicised, fashionably dressed, clean cut, well behaved every mother's sons. However behind the smiles, they were overworked, underpaid and struggling with the strict rules of engagement imposed by their management and record label.

For close to five years they toured the country promoting their pop culture image and racking up the hits but management stipulated they weren't allow to hang around after the gigs to chat with the audience, and their income rarely constituted more than pocket money.

Bass player Eddie McDonald died on Christmas Eve 2009 but producer Keith Newman caught up with the surviving members of The Avengers for Radio New Zealand National's Musical Chairs programme to capture their memories of life as 1960s pop culture commodities.

The Avengers Playing in the Top Hat in Napier. Photo: Hank Davis collection

Wellington four piece The Avengers were rarely out of the national pop charts between 1967 and 1969, putting their own spin on a series of cover songs that otherwise wouldn't have been released locally.

The harmonizing, middle of the road, manufactured pop band were bought together from different groups by entrepreneur Ken Cooper in 1966, just ahead of the opening of his new Wellington club The Place.

Once The Avengers were signed with HMV they were part of a carefully managed stable of acts, each assigned their own producer. The Fourmyula and Simple Image had Howard Gable and Peter Dawkins and The Avengers were assigned Nick Karavias, who along with their manager Cooper had fixed ideas about the sound they wanted.

The group - featuring Dave Brown on guitar, Clive Cockburn on keyboards and guitar, Eddie McDonald on bass and Hank Davis on drums - did however manage some classic vinyl moments. The first resulted from their partnering with songwriter Chris Malcolm, a long-haired, bead wearing genuine American hippie in the country dodging the draft.

Malcolm wrote 'Everyone's Gonna Wonder' which reached seventh place on the national charts in July 1967, the follow-up 'Only Once In My Life' and the controversial b-side 'Waterpipe', with blatant drug references that belied the public image of the naïve band members.

The Avengers were huge crowd pleasers in Wellington where they often worked two clubs a night and when they were on tour they packed halls, clubs and dance venues around the country.

They headed up the charts again in May 1968 with '1941', a jaunty Harry Nilsson cover and after a short break in Australia, released their biggest hit, 'Love, Hate, Revenge', a dark tale of lost love and voodoo manipulation which took them to the number two spot.

Their First album Electric Recording contained all their early hits and b-sides. The band gained major exposure on the C'mon TV show and as backing artists for the first series of TVNZ songwriting show Studio One.

They were headline act at the opening of Ali Babas nightclub in an old renovated gym in Wellington where they recorded a live album Dial AAA Live! Avengers In Action.

Concurrently the band were working on their second album Medallion which featured their final chart success, 'Days of Pearly Spencer' which had been a minor hit for English singer David McWilliams. 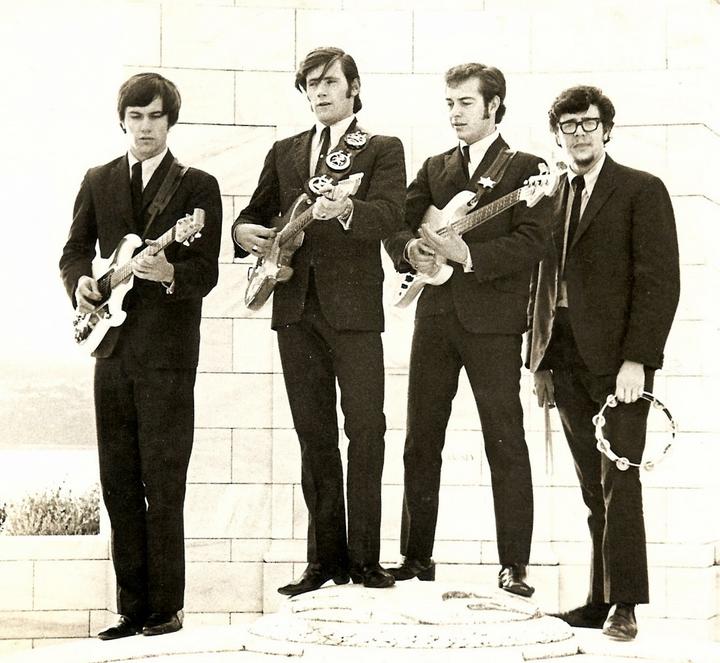