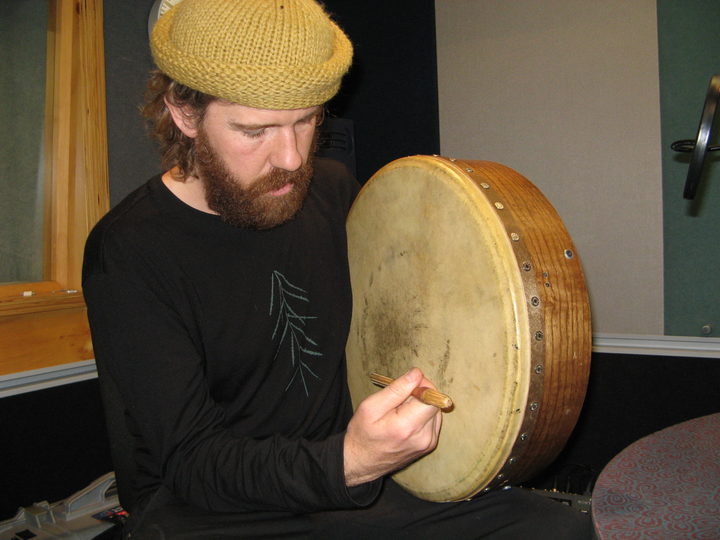 Don McGlashan, Sean Donnelly and Andrew Keoghan all rely on drummer Chris O'Connor to provide a steady and often colourful rhythm beneath their songs; but O'Connor is much more than one of New Zealand's best time-keepers. He is also passionate about improvisation and education as Nick Atkinson found out for Musical Chairs featuring Chris O'Connor.

From his early days playing for the Hutt Intermediate School Band, Chris O'Connor has become one of the most accomplished drummers in the country.

Often found trailblazing within the local avant-garde scene, O'Connor is also in demand from the country's top pop musicians. Don McGlashan, Sean Donnelly (SJD) and Andrew Keoghan all rely on O'Connor's dexterity mastering everything from an authentic soul feel to spicing up a tune with and unpredictable gong polyrhythm lassoed with a clave ostinato.

Nick Atkinson follows Chris O'Connor as he teaches, performs and records, while colleagues, friends and relatives reflect on the life of this creative and pioneering musician.