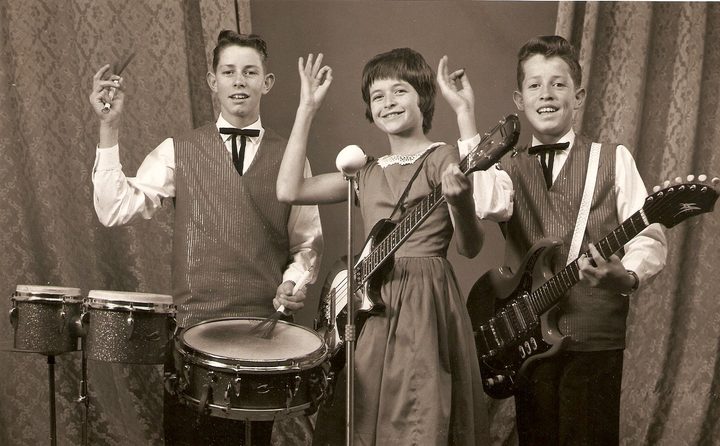 The Clevedonaires from Clevedon, comprising brothers Ron and Graham Brown on guitar and drums and sister Gaye Brown on keyboards, along with Rob Aickin on bass were playing the local A&P shows and church dances around the eastern suburbs from the early 1960s.

They were spotted by promoter Benny Levin signed to his Impact label in 1966 and became regulars on the Auckland club with frequent appearance on the C'Mon and the We Three TV shows.

After releasing several singles the band was booked along with a number of other top acts to go to Vietnam to entertain the troops. However the war was escalating and the promoter refused to book return tickets so the band, already packed and ready to go, headed across the Tasman instead.

The polished pop band were well received in Australia and played solidly around the university circuit over the next three years, morphing into of the first progressive rock unit signed by Festival Australia for its new Infinity label. The resulting three singles and self titled LP produced by top Australia studio operator Richard Batchens is today considered one of the most collectible of Australia's progressive rock era.

Pictured above right: The Clevedonaires circa 1965. From Top: original bass player Milton Lane, Graham Brown on drums, Gaye Brown on keyboards and Ron Brown on guitar. The Clevedonaires on the NZBC's We Three Show live from the Shortland St Studios in Auckland around 1967. Graham Brown on drums, Rob Aickin on bass, Ron Brown on lead guitar and Gaye Brown on keyboards.

The album dominated by longer atmospheric organ/fuzzed guitar tracks which interplay with tight vocal harmonies was described by Australian music writer and author Ian McFarlane as "a prime example of where psychedelic pop gave way to a more progressive aesthetic". McFarlane likened Gaye Brown's vocal styling to those of Julie Driscoll and at times even Janis Joplin.

As The Clevedonaires, then The Cleves and finally as Bitch, the unit released a total of ten singles, two EPs, and one album. A second album recorded by Warners in the UK was never released but a "best of" compilation covering the wide ranging career of the Kiwi band will be released this month.

Former band members have reformed as The North Rd Band and also plan a tour to coincide with the release.

Photos from the Gaye Brown collection, used with permission.