The Mixtape 'The Panthers' writers Tom Hern and Nua Finau

For the creators of the new TVNZ series The Panthers, music is an integral part of telling the story of the fight for Polynesian rights. 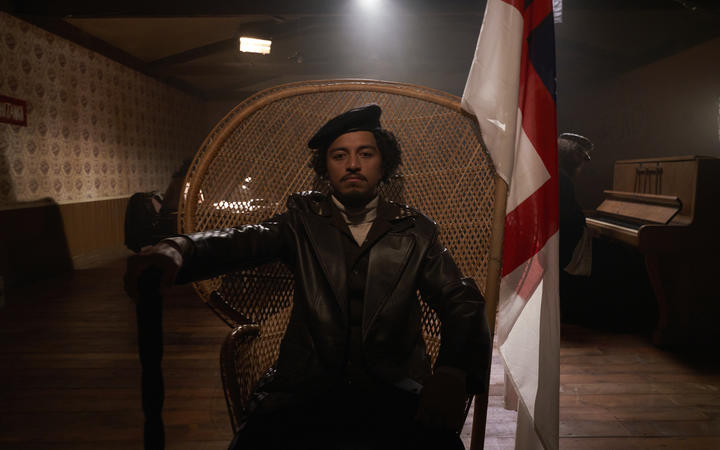 While it's taken 14 years to bring to the screen, the release is timely for TVNZ's new series about the Polynesian Panther Party that fought for the rights of the Pacific Island and Māori communities at a time of increasing racial targeting from the government and police.

It is set in 1974, three years after a group of young Polynesian street-gangsters and university students  formed a revolutionary movement group.

The party sought to protect the Polynesian community from racial discrimination, prejudice and social inequality.

Music is an important part of the TVNZ series, and a full-length album of original music by Troy Kingi, choicevaughan, and Diggy Dupé, along with an array of other featured artists, is out now.

Writers of the series Tom Hern and Nua Finau join Charlotte to chat about the how the show came together, its importance, and the incredible soundtrack on this episode of The Mixtape.

"I think we're both extremely passionate about music," Tom says, and setting the scene musically was a vital part of The Panthers.

Their tracks for The Mixtape show the journey, with influences from Donny Hathaway to Tupac Shakur.

"There's a natural order to the playlist that sort of reflects the musical process on the show," Tom says.

Tom and Nua wanted the music to evoke the 1970s, but have a very contemporary feel too.

"The moment we decided that the soundtrack was going to defy the period of the show was the moment the show was liberated," Tom says.

"It sort of became more elevated, less of a biopic or like a classic slice of history, and more a reinterpretation of these events.

"It's a very, very ambitious musical approach and not reflective of what you'd usually see on a local television show."

For Nua, taking part in The Panthers taught him a lot about Polynesian history in Aotearoa.

"I grew up in Wellington so my history prior to coming on to the project was pretty much zero. I wasn't raised around it and didn't really know much about it," he says, remembering that a Te Papa exhibit was the first time he really became aware of the Panthers.

"The whole research process and the creating process was such an eye-opener for me and a bit of a shock to be like, 'man, why don't I know this?'"

That often meant talking to Panthers about their experiences nearly 50 years ago, and learning the secrets of their past lives.

"I didn't know about any of the work that they'd done as youngsters to shape and mould Polynesian history in Aotearoa."

But Nua and Hern also wanted to make sure The Panthers wasn't just dry history.

"For me I was more kind of like how can I make this cool so someone like a younger version of myself would be intrigued and interested to go and watch it and not kind of be preached to."

It was an approach that Nua calls "mixing the sugar with the medicine."

"There's a lot of our Polynesian New Zealanders in general that don't know about the history of this, the Polynesian Panthers."

The Panthers tells the story of Will 'Ilolahia (Dimitrius Schuster-Koloamatangi), a Tongan student caught up in the tumult of the mid-1970s.

For Nua, a Tongan himself, it was important to tell the story right, to show the family traditions and culture as well as the bigger picture.

"I grew up in a very Tongan world. ... I was only around Tongans. My uncle would give me hidings for speaking English (at home).

"It was very exciting for me to bring my culture to the table, the kava bowl of creativity."

Musicians like Troy Kingi and Diggy Dupé brought a lot to the table for the soundtrack, and also appear in the series.

"Diggy really is a central kind of part of the show. He plays this almost mystical narrator from the future," Nua says.

"It sounds weird, but trust me, it works on the screen.

"Troy is more of a sort of enigmatic, almost like tohunga, kind of mysterious presence on the show." 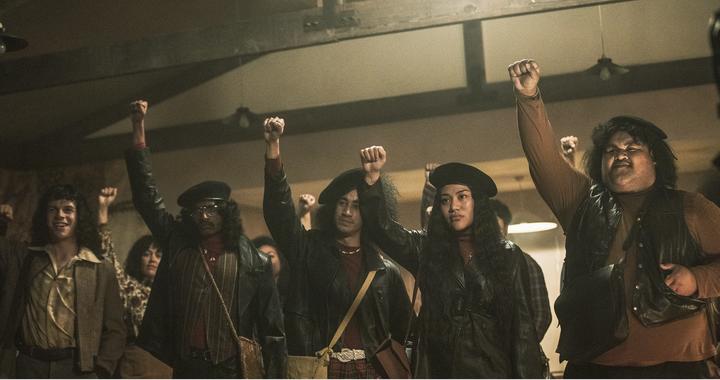 As they wrote The Panthers, the duo came to appreciate how bold the original young activists were.

"They were all very young when they were doing this stuff. They were just standing up and fighting for what they believed in.

"At the time a lot of their families shunned them, they were (seen as) being disrespectful, and it was a real challenge for them being young people at the time wanting to fight for change.

But in 2021 with movements like Black Lives Matter and the Dawn Raids apology, the spirit of activism is still strong.

"This new wave of young Polynesians activists are coming through now," Nua says.

"Not only in Aotearoa, but indigenous people all around the world standing up and finding their voice.

"Hopefully through all of these things happening it inspires kind of a Polynesian Panthers 2.0 with the next wave coming through."

The original Panthers are all 50 years older, but that doesn't mean the struggle is over.

"They're OGs now, they need the foot soldiers to come through and pick up the baton and carry on the fight," Nua says.

"There's definitely still a fight to be had," Sam says.

"Even through the process of making this show we've been more hyper-aware of the things that we still need to work on. You don't need to look that far to be honest."

The backlash in some quarters to the Dawn Raids apology was an example, he says, as well as some of what they've experienced in promoting the show.

"Some of the reactions we get on social media just point to straight-up ignorance," Sam says.

There's already a companion documentary series, The Panther Rap, that will be on TVNZ On Demand, giving more context and interviews to accompany the main series.

They're hopeful of getting funding for a second series, and have already begun planning for it.

Sharing The Panthers with his parents, Nua says he saw the show in a different light through their eyes.

"It was quite triggering for them ... My mum only watched the trailer and she's already said she probably won't watch the series because it's a bit too much. She's already kind of turned the page on that part of her life and with the government apology it's like that's done, we're moving forward now, there's no need to look back on that.

"My dad, though, when he watched it, he said well, the way you guys you have done it, hopefully it will make us talk about what we don't want to talk about."

Nua says he hopes The Panthers educates, but it also entertains.

Songs played on this Mixtape

This was a song that Halaifonua and I wrote to - well before we even brought Troy on to create original music for the show.

This tracks is an example of how inspired by hip hop we were….It was also direct inspo for 3. below.

3.   Ulu Up - The Panthers official soundtrack.  The Sauce.

Samples 1. from above.  Takes narrative inspo from 2.    Ulu Up = Head Up.   This song plays in the series during one of The Polynesian Panthers’ prison visits in the series.  Also features piano by our composer for the series, Jonathan Crayford on piano.

Donny was a touchstone for us during the writing of the show, and Troy for his writing of a number of the songs.