How are cassettes still a thing?

Do you still listen to cassette tapes? Have you bought one recently? Tony Stamp was intrigued by recent stories on the rise in cassette sales, so he talked to music retailers, label owners, and visited a tape duplication facility, to find out: how are cassettes still a thing? 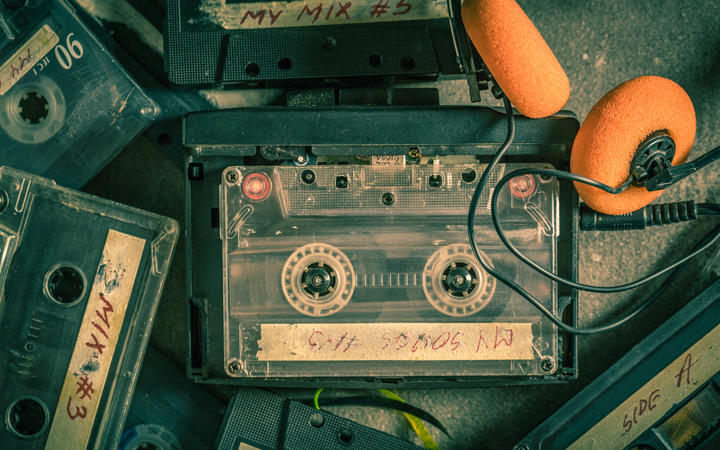 In 2009, Stuff ran an article asking “Are cassettes making a comeback?” Eight years later in 2017 they ran another story that concluded ‘no’. They did however report surging sales in America and South East Asia. Damian Vaughn of Recorded Music NZ reported $2000 of revenue from cassettes, of an industry that at the time was worth $86 million.

But the trusty format has stuck around. In 2018, cassette sales in America grew 19%, and last year in the UK sales doubled, with 156,000 units ending up sold. That's extremely small in the scheme of things - but it’s also the highest number since 2003.

For comparison, in 1989 around 83 million tapes were sold globally.

On Twitter recently I saw someone ask if the people who buy cassettes actually listen to them. Chris Cudby, editor at Under The Radar, answered with an emphatic yes. So I went to visit him.

Chris told me he prefers vinyl and tapes, "partly so I can put on music and not worry about getting any alert notifications from my computer or my phone. It's nice to have physical media set up in such a way that I can just leave stuff rolling."

He said cassette subculture has been on the rise for a while. "I noticed it first in the early 2010s with net labels. There was a label called 1080p that was putting out cassettes in really nicely designed editions. I guess that's when I started buying new cassettes again."

Music journalist Martyn Pepperell, who writes for Bandcamp, Dazed, Test Pressing and more, observed the same phenomenon: "A whole generation of people around the world started running independent record labels, and if you're setting up a small label yourself, one of the cheapest formats to produce music in was short runs of cassette tapes.

"I started to realise that  the general market didn't really see any value in cassette tapes, so there were all sorts of interesting older albums that you could find on them for incredibly cheap.

"It became a way for a certain tier of people to engage in the music industry". 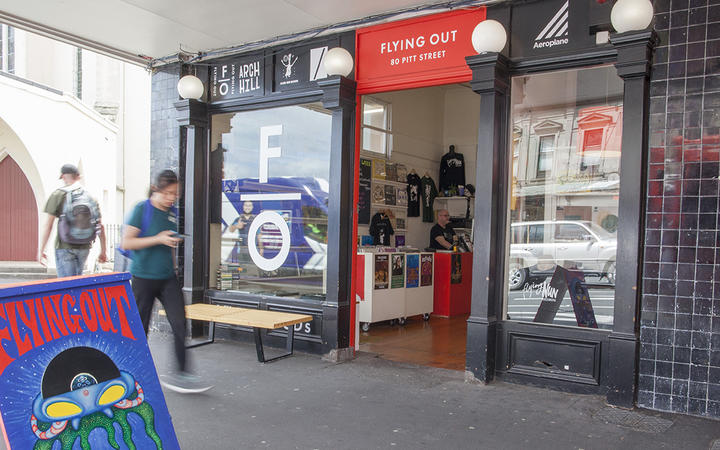 Visit your local record store and chances are they'll still have a range of cassettes on offer. I popped into Flying Out in Auckland to see what they had.

Staff member Matthew Crawley told me when he started working in the store three years ago "there were already a decent number of tapes there, but since that time I'd say they've probably quadrupled. That's partly due to the advent of local cassette labels - there were already a couple, but now there's quite a few.

His colleague Hunter Keane is a fan of the format: "For local artists that might not be able to afford to [produce vinyl], I want to support them when they do something like cassettes - or any kind of merch - to encourage them to keep going".

The guys at Flying Out gave me a list of local tape labels, and it's a long list. I got in touch with one in Christchurch called Melted Ice Cream. 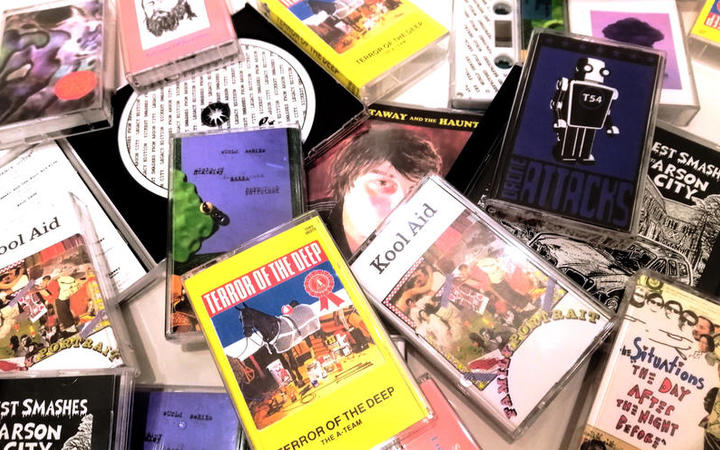 Label boss Brian Feary told me "I see cassettes as a compliment to streaming. Back in the eighties, cassettes were the cheap thing, they were disposable, you let them wear out or gather dust on the floor of your car.

"Today streaming is the disposable thing, and buying a cassette is a way to have something tangible in your hand.

"To me the purpose of releasing a cassette is to kind of legitimize a release with a collectable item, to compliment digital streaming. It's a good marketing move for people working outside or adjacent to New Zealand's music industry".

Representing Dunedin's thriving music scene is Trace Untrace, a tape label run by Julie Dunn. She told me "bands don't really have a lot of money. Merch is a really good way to make money but you have to have the capital up front - if you're going to make vinyl you have to have thousands of dollars to even think about doing that.

"I started off doing runs of twenty five tapes or so, but feasibly I could make anywhere down to like five if that's all a band wanted to do. Tapes are quite cheap, and because you don't have to make a minimum of two hundred (like you do with vinyl), they seemed like a much more accessible sort of thing.

"The physical object is really attractive to me, and also the sound that they have - that compressed sound lends itself well to the sort of music we tend to release, which is home recordings from Dunedin bands". 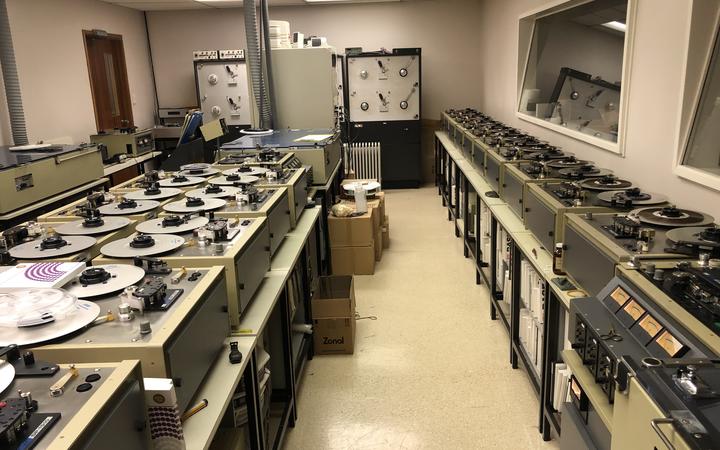 Talking to Martyn Pepperell about the difference in formats, he raised an interesting point: "I don't think it's helpful to view cassette tapes discretely from the rest of physical music media. If you think about records, CDs, cassette tapes, DVDs in a grouping, then the question you ask yourself is 'if you removed those from the table what are the alternatives?

"A lot of music has never made the jump to streaming services. So there's big swathes where the only place it exists now is in people's collections. If we woke up tomorrow and the streaming services were closed, a huge number of people just wouldn't have music collections anymore".

One thing all my interviewees mentioned was that for smaller labels or independent artists, cassettes are a good way to get money directly to musicians, and they’re cheaper and more compact than vinyl. But they also stressed that they aren’t a novelty or ornament. They're made to be listened to, and while the numbers are relatively small, they'll be here for a while.

As Brian Feary told me, "they'll stop being a thing once the last cassette player has had its belts disintegrate".