Nicholas Murphy, known professionally as Chet Faker, is an Australian singer and songwriter. In September 2016, he dropped the Chet Faker name to start performing and releasing material under his birth name - Nick Murphy.

In October 2020, four years after dropping the moniker, Murphy revived the Chet Faker name for the release of a new single, 'Low'. He's now released a new album called Hotel Surrender, which you can listen to here.

He admits he's been through a huge identity process and is still trying to figure life out, but opens up to Charlotte Ryan about the lessons he's learned, living in the moment, and his new album.

"Hotel Surrender is like a place that I invented, that represents ... basically if you're to check in to Hotel Surrender you're checking into your reality that's right in front of you. Essentially it's the current moment, and all these places and spaces within the self.

"It sounds really heady, but it's basically just trying to be present. I think all of us are always dealing with so many things to do with the outside world and within us, it can become really hard, especially the older we get, we forget how to really just be present."

Murphy says making that space to check in with his state and his feelings has led to a richer experience.

"That was the biggest lesson for me over the past decade - all my life really, is learning that music and all the lessons I've learned have taught me that the best place you can be is where you are at any given moment - not in the future, not in the past.

"Which is easier said than done. Hotel Surrender is that place, you check into Hotel Surrender, surrender to the current moment, whatever's going on, whether it's good or bad.

"I find that making this music really helped me do that, so I kind of really hope it helps other people just vibe out. I always think of music as therapy anyway, it's like therapy for the masses."

The musician says his philosophy didn't involve shutting bad thoughts like stress out, but instead opening up to accept that they are there, riding them out, and therefore getting through tough times quicker and better.

He says all 10 of the tracks on the new album arose from practising that type of thinking: "They led me, not the other way around."

"Since I first started making things, my whole life, I always just made them and it kind of informed me, it told me what to do.

"I could talk all day about how I did this and that, but I only know after I've done it. I'm kind of creating to figure it out." 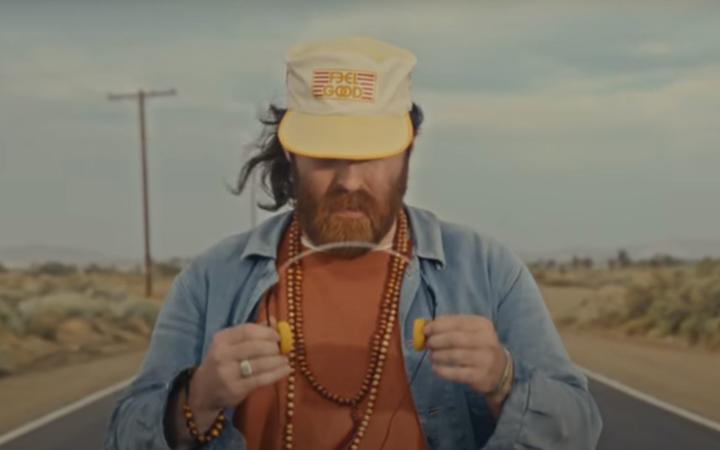 He's somewhat bemused by why so many people felt changing his moniker was an unusual move.

"It's actually really common, there's a long history of different artists having different pseudonyms and projects."

"This album Hotel Surrender; there is no reality where it would have existed if I hadn't've have been able to go and do those two Nick Murphy records, and break out.  I feel like you're just on this journey - even Bowie, he had his Ziggy Stardust, there's just so many.

"Sometimes I think the job of being an artist or a creative is just to make stuff, it's not to make stuff that people like, that's up to them, it's not about being the best it's just about following what's coming out."

He says he's not hung up about what reactions his work will get.

"I've been doing this for ten years, so you could post a picture of a flower [online] and someone would probably get upset about it.

"It felt really good to make.

"It's like an anti-stress device, that's what it was for me, so I assume if it worked for me that it'll work for some other people out there."