The Spinoff managing editor and self-described "music geek" Duncan Greive has a couple of thousand records in his collection but doesn't get to them as often as he'd like.

"I don't know [my record collection] in the way that I used to and that bums me out. I always just think you're in this hectic period of your life, running a business and with young children and eventually, there'll come a time when both those things will not be so present and the records will still be there for you. At least that's the story I'm telling myself." 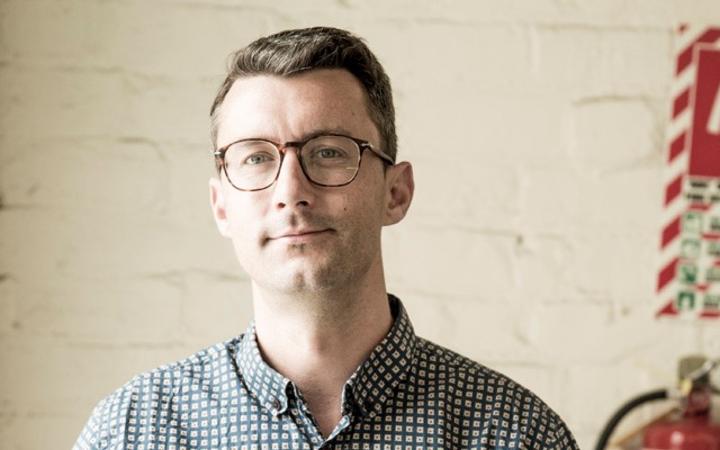 Duncan chats to Charlotte Ryan about music journalism and his die-hard love of pop music on The Mixtape:

Duncan - who just launched the 3rd Spinoff business - is very close to many of his staff who he describes as "a bunch of people trying to figure out the new thing together".

"Everyone is there, on some level, because they were curious about building something new and had some level of frustration in a bigger or more established enterprise. The fact of that being a given there's a lot of permission to try things and not know the answer from the start and that's quite liberating.

"It's a hard thing trying to do something new while remembering what really matters [about journalism]. We don't always get it right but it is a real privilege and a real pleasure, for sure."

Duncan was born in New Zealand but lived in London for most of his first 10 years.

As a teenager, he gravitated to Britpop - and especially the band Pulp - over grunge.

"[Pulp] couldn't have informed who I am as a person more. I dance like Jarvis Cocker… I read every interview with him, I bought the VHS tape of his short films. I was like all over it. And I think it still stands up.

"[The 1995 album Different Class] still is an incredibly well-realised version of the suburban boredom, the intense excitement slash arousal of being a teenager."

For Duncan, Britpop was crystallised by the Pulp track 'Common People'.

"The more distance I get the more I see this is the gleaming jewel of the whole moment."

Musically, Duncan moved on from Britpop to '70s punk and indie music, then in the early 2000s started getting into hip-hop, pop and dancehall.

"TOK were a Jamaican boy band, they were almost the equivalent of the Backstreet Boys… this song has this air of menace but they're also just beautiful singers who trade amongst the five of them… it's just a very strange song."

Mario's track 'Let Me Love You (2004) came out of an incredible era for RnB music, Duncan says.

"This beautiful sinuous beat, it was very sincere. It felt like the first time I heard it I was hearing a song for the ages… and it felt like it opened up a gateway to a whole period of sultry, male-vocalist RnB that ran for years. But I don't think anyone ever topped 'Let Me Love You'"

"They had this streak of self-sabotage that made you feel like you were close to greatness… They just broke every rule going."

When Duncan first heard the Lorde song 'Bravado' (2013) he remembers thinking 'What is this and what are these lyrics?'

"There was just so little information around [about Lorde]. It was very tightly held, you knew it was this young woman singer from (Auckland's North Shore.

"There's this line in 'Bravado' - And I can tell you that when the lights come on I'll be ready for this - that hit me in the chest and became this thing that whenever I was going through something difficulty professionally… [I'd think] if this high school kid from the Shore can have the audacity to write this thing and mean it and be right, you, bro, in your 30s, you can hack this.

"To me, it's got a magic in it in terms of what it implies, and certainly it had a real profound impact on me."

Carly Rae Jepsen's album Emotion (2005) is one of the great pop albums of all time according to Duncan.

"She came out with this one-hit-wonder ('Call Me Maybe'), which is a great song but relatively one-dimensional… then for a few years disappeared. Then she came back with this unbelievably perfect [song]. There's something just so free and ebullient and purely expressed in this song."