Grammy award-winning musician Moby has sold more than 20 million albums world-wide - he talks with Charlotte Ryan from his home in LA about his career, addiction, regret, his new album Reprise, and why he has made a documentary on himself. 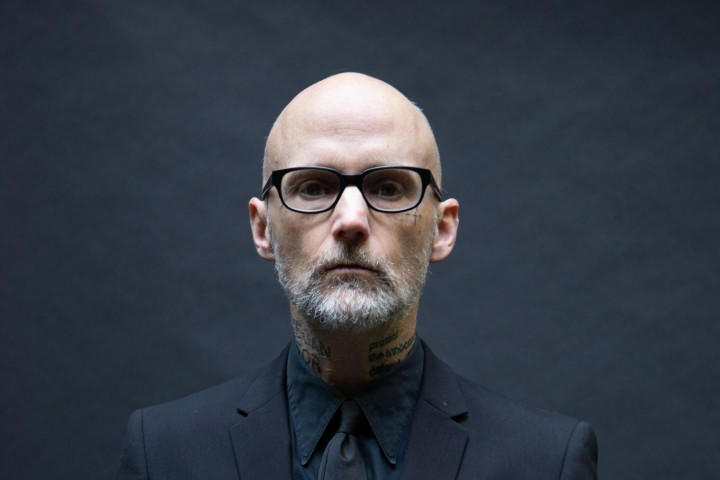 Many consider Moby to be one of the most important music figures of the early 1990s, bringing dance music to the mainstream. His 1999 album Play was a global hit, taking him further into stardom, but also further into a dependency on drugs and alcohol.

The new album sees Moby revisiting and re-imagining music from his three-decade-long career, reworking songs from his catalogue with a full choir and orchestra, taking the music to an even more emotional level.

Alongside the new album he's also releasing a self-directed documentary called Moby Doc, with the intent to help people understand his previous behaviours and reasonings behind some of this very controversial behaviour.

At 55-years-old, he's philosophical about his life's journey through astronomical success and dark depths.

"When the album Play was released it was 1999, Bill Clinton was the president, 9/11 hadn't happened, Russia was moving into the category of democratic Western states, climate change was a blip on the radar, and I was a lot younger and so much more innocent and naive.

"When it was released it was supposed to be a failure, I had been dropped by my American record label, I thought my career was over, and... when Play became successful it was this magical, wonderful surprise. So I look back at it with a lot of fondness, but I guess the dark side for me was I was also drinking and taking a lot of drugs. It was the beginning of a nine or 10 year addiction period.

"Once I got sober I once realised that New York, the city of my birth, is a delightful place to be a drunk, and a very [bad] place to be sober. If I'm being a pretentious grad student I would refer to it as Proustian... New York is this cold hard brutal place that only reveals its soft side when you're drunk late at night. It's a city that's really based around drinking and drugs and degeneracy, and the idea that you can proceed with drinking and drugs and degeneracy without consequences, but then of course... you get older and consequences sneak up on you."

He made the shift, away from New York, across the United States to Los Angeles, on the West Coast at a time he wanted change in his life.

"I think most people move here for the culture, for the job opportunity, for the parties. I moved here because LA has so many millions of square acres of mountainous park land, and I just thought it might be the only place in the world you can go and be in the city and go hiking in the middle of winter in the sunshine and not see other people."

Looking at the big picture, he says the roots of his new album go back to his childhood.

"Way back when I first started studying music I actually studied music theory and played classical guitar. My mother was a pianist, my uncle was a flautist, my great- grandmother taught classical composition.

"So I studied classical music for a few years, and then when I was 13 I heard The Clash for the first time, and I quite promptly tried to unlearn the music theory that I'd learned, but it's still there in my DNA. I've always loved the ability that orchestral and acoustic music have to communicate emotion - the ultimate goal or utility for music is communicating emotion... any genre can convey and communicate emotion, but there's something about the human vulnerability that's conveyed through a string quartet or a well orchestrated orchestra."

Moby is joined on the album by the Budapest Art Orchestra, with new arrangements of some of his biggest hits.

"About four years ago I was offered to do a performance with the LA Philharmonic... and at least from my perspective - and the people I spoke with - it was quite special. It was grand when it needed to be grand, intimate when it needed to be intimate, it was beautiful, with a gospel choir on stage and a bunch of different singers.

"And a woman... from Deutsche Grammophon, the oldest most respected record label in the world happened to be in the audience, and afterwards she asked me if I wanted to make an orchestral greatest hits album. And I jumped at the chance because the process is just such a unique process, working with an orchestra and percussionists and choirs... and the other [reason] is to try and create something beautiful - that's my aspiration.

"My approach to composition and arrangement is very basic, I'm a very simple arranger, I'm not capable of transcribing and orchestrating incredibly complicated music. So I wrote the basic score myself and did the basic arrangement and orchestration, and then I handed it off to a conductor ... And we ended up in Hungary, obviously a world centre for classical music, they have a great recording studio and a wonderful orchestra, so that's where we did most of the orchestral recording."

To celebrate the release of Reprise and Moby Doc today Bagel and I got fancy party hats. Bagel understandably chose to eat, rather than wear, her hat. Un-hat related: I’m really excited to hear what you all think about Reprise and Moby Doc! pic.twitter.com/vBcs6uj36m

For the vocals he was able to use a variety of performers "whose voices I've just loved from a distance for quite a long time", including: Kris Kristofferson, Gregory Porter, Jim James Alice Skye, Amythyst Kiah, Apollo Jane, Gregory Porter and Luna Li.

His Moby Doc documentary came about after reflection on the things that helped him get through and overcome addiction.

"About 12 to 13 years ago when I got sober and started going to 12-step meetings I found that one of the most powerful parts was hearing people tell their honest stories, especially complete strangers. You'd walk into a room and a complete stranger would bare their soul to you, and there's something so healing and relatable in that. That's one of the reason why I've used my story as source material, through books and now this movie.

"The idea is to tell my story in a way that maybe other people might feel less alone, feel more of a connection to another human being, but also possibly to help people gain perspective on their own issues. Especially the issues that they're ashamed of.

"So the move is looking at that, looking at how I basically tried to fix... deep psychological issues and some trauma - through external validation, through fame, through success. And how not surprisingly, trying to heal psychological issues with fame doesn't work, as we have seen with everyone from Anthony Bourdain to Robin Williams... to Amy Winehouse, the list just goes on and on. And I, sadly, am a part of that long tradition.

Moby now focuses on healthier living, and ultimately he's found it is a better experience than the outlets he was using in his more destructive phase. 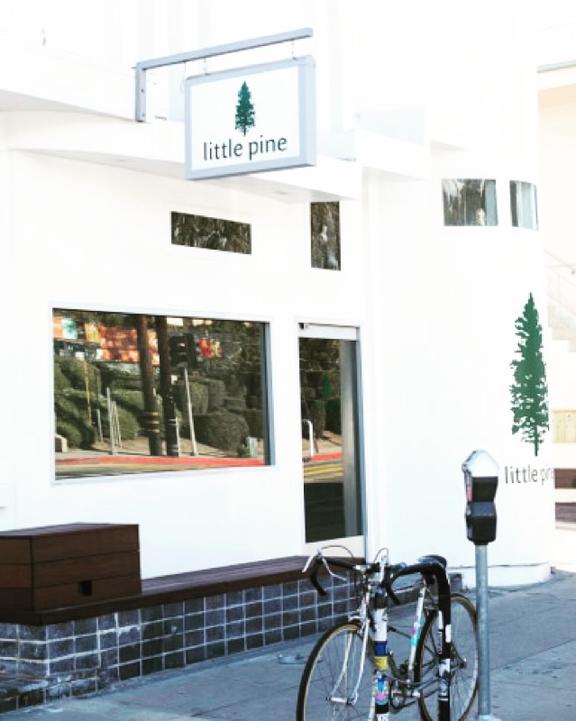 "I'm a healthy vegan ... I've been a vegan now for 34 years, I exercise, I do yoga. I don't do it to look young, I do it simply because I feel better by taking care of myself. If I eat garbage and don't exercise I don't feel very good.

"I'm very grateful for the fact that on the times when I didn't want to be alive anymore, I was unsuccessful at trying to end my life. I'm so grateful for that, because since... I've learned a lot about myself, about the world in which we live.

"One thing that has been profoundly helpful to me...  is learning acceptance around the basic truths of the human condition... the basic truths are so self-evident, but we all pretend that somehow we can exempt ourselves from them.  We age, we lose our youth and beauty, if you're famous you become less famous, if you're successful you usually become less successful... but the [truth] of that is it happens to everyone, no-one is exempt, no biological being... has not got older and eventually died."

"It's hard to take age and the loss of youth personally, when you realise it effects everyone."

What's next for him?

"My goal is simply to try and create music that resonates, that I think is beautiful, in the hope that will happen with other people and maybe they'll think it's beautiful."

"I don't see it as my career, I love making music, and the benefit I get in music is simply the act of making it.

"My actual job, I see as being an animal rights advocate, that's my serious day job that I work on. And I don't enjoy it, but it's my life's work, essentially working to end the use of animals by and for humans, trying to end animal agriculture."