New Zealand graffiti artist Otis Frizzell describes being "desperate" to create artworks for a Fat Freddy's Drop album. He joins Music 101 host Charlotte Ryan to chat about that, his life and his favourite songs. 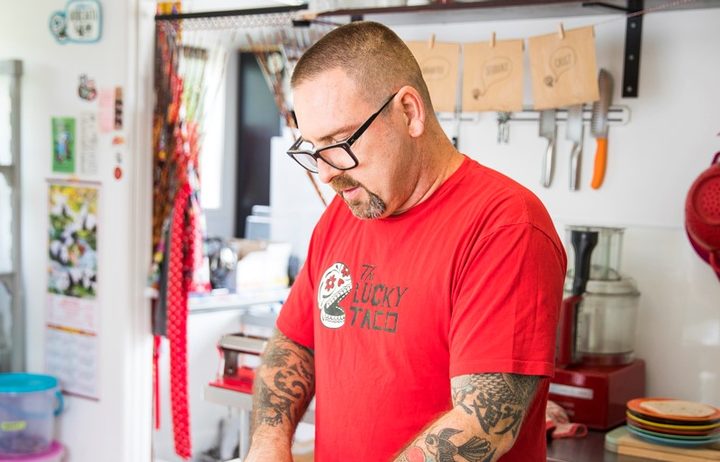 Some of Frizell's drawings for Fat Freddy's Drop will soon be seen in Art of the Record a traveling exhibition showcasing 21 album covers, to mark 21 years of NZ Music Month by Te Marama Puoro o Aotearoa, the NZ Music Commission.

"Years ago on Fat Freddy's Drop's second album, I begged and pleaded their manager to let me do the art," Otis says.

"I'm a huge Fat Freddy's fan - I know them, go to all their gigs, love the music.

"So they let me do it and it turned into this massive, sprawling universe of artworks it took me months to do.

"I really just went crazy on it because I was so desperate to do it." 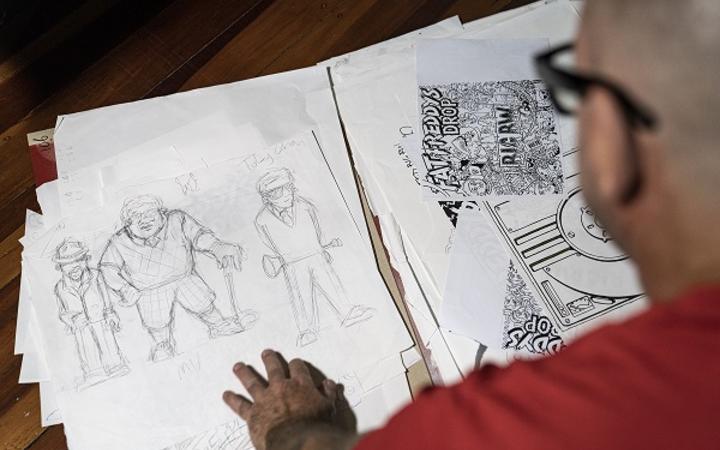 The son of famous New Zealand artist Dick Frizzell, Otis grew up watching his dad paint while listening to vinyl. 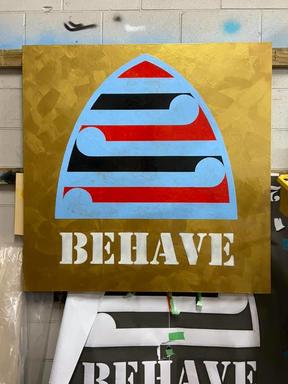 His parents encouraged him to become an artist, while a friendship he formed with Mark 'Rhythm Slave' Williams at Selwyn College as a teenager helped turn his attention towards making music.

"Before I even left school, I was designing t-shirts for bands and posters for gigs and Mark and I were making music already, so my path was laid out," he said.

While Dick Frizzell created artworks for musicians of his era, such as Herbs and Billy TK, Otis has made art for Tiki Taane and Concord Dawn.

Otis' first solo exhibition, Opto2000, was produced with Mike Weston and the pair have continued to create works as Weston Frizzell.

Dick and Otis Frizzell both use traditional Māori symbols in their work and both have been accused of cultural appropriation.

"There are plenty of well-educated and learned Māori scholars who have said 'Otis, I think that work is beautiful' and similarly said, 'Otis, what the hell are you doing? You evil bastard, give it back'," Otis said.

"I've got to back myself and know my own kaupapa.

"I believe I'm respectful and that's the best I can do. I'm not quietly behind everyone's back going 'Hahaha, look at me, I'm ripping them off'.

"As long as my conscience is clear, that's the best way to do it." 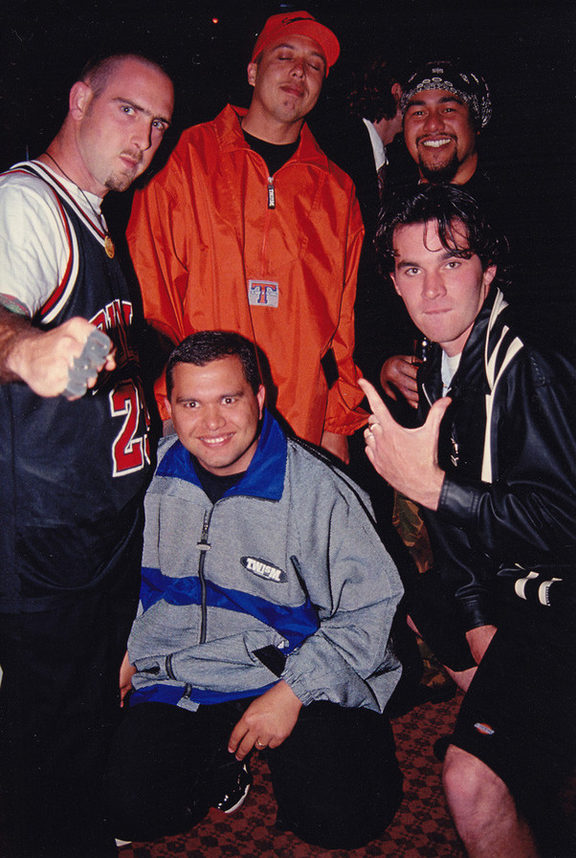 Music has been a key part of Otis' life and art.

With his mate Mark Williams, he formed the hip hop duo MCOJ & Rhythm Slave in the 1990s.

"It was party hip hop - we were there to get the party started and have some fun," he said.

"The longer we did it, though, the more we decided that if people were listening, we should say something important."

Working with Darren Thomson - known in the music world as DLT - prompted them to create more "conscious hip hop".

"He was like... 'stop talking about weed and girls, let's talk about the police and issues and pollution and also have some fun'."

MCOJ & Rhythm Slave fused with DLT to become Joint Force, which released an EP in 1995.

"Back in my youth, in my hip hop days, I did smoke a bit of marijuana - I've kind of grown out of it these days," Otis explained.

"Coming up with names, we thought it was funny, Joint Force, because we came together smoking weed."

Otis' involvement with hip hop has helped shaped his art.

"Hip hop is made out of other music, like sampling. It all comes back on itself.

"I've applied the remix ideals to artwork and stolen bits of other people's art and repainted it and remixed it and collaged it.

"It's kind of like a hip hop aesthetic applied to art work." 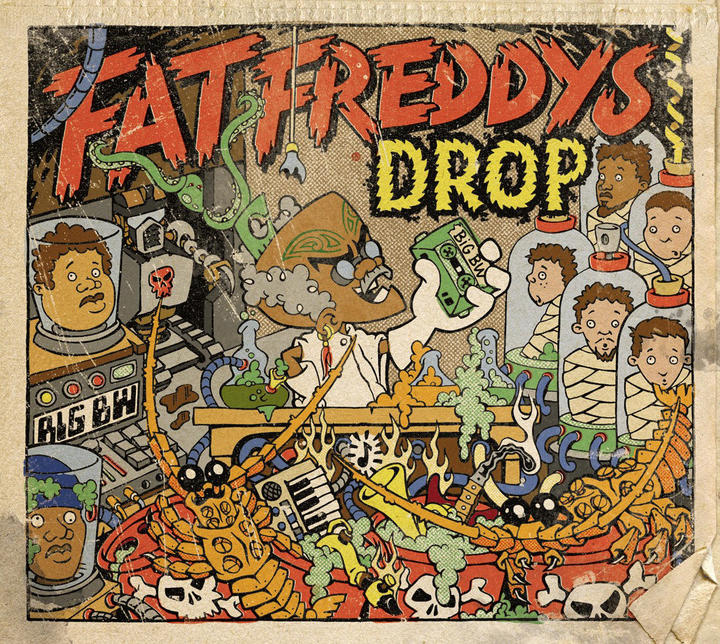 Otis' artwork for the Fat Freddy's Drop album, Dr Boondigga and the Big BW, is among 21 works from iconic album covers being exhibited to mark 21 years of New Zealand Music Month.

The exhibition opened in Auckland on 1 May at Monster Valley on Karangahape Rd and closes today. The show travels to Te Auaha Gallery on Wellington's Dixon St for 10 to 15 May. From 17 to 23 May, catch the works at The Pūmanawa Gallery in Christchurch's historic Arts Centre, before the exhibition finishes at the Golden Centre in Dunedin.