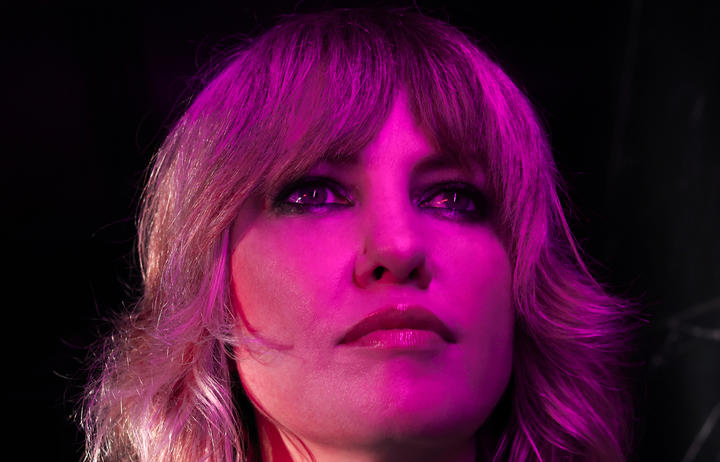 Pip Brown aka Ladyhawke has just released a brand new single with Broods, and a new album is on the way in September. She joins Charlotte Ryan for a chat about new music, and her incredible journey both overseas and abroad.

Pip Brown has been wowing the music industry since she cut her teeth playing in Wellington band Two Lane Blacktop and Sydney act Teenager.

She started releasing tracks as Ladyhawke in 2008, she was signed to a major label, moved to the UK, and her eponymous solo debut album made her hot property across the UK, Australia, and New Zealand.

Fast forward to 2021, Ladyhawke has just released a brand new single with Broods, and a new album is on the way in September.

'Guilty Love' - our first taste of the upcoming album release - was recorded with Georgia Nott from Broods in Los Angeles, after producer Tommy English suggested working with her.

"I was working with Tom who I did my Wild Things record with, and the way this whole thing came about was me and Tom has written a song and I'd done all the topline melody and everything, but I was really stuck on lyrics and Tom was like let's get Georgia to come in and help."

While discussing lyrics for the song, the trio came to a realisation - they had all been raised Catholic.

"Me and Georgia started relaying experiences and how it affected us personally and Georgia came up with the idea to write a song about shame. Like she was really impassioned by it and we channelled all of our shared experiences into that song.

"For me it was like having these feelings that I felt I had to suppress, and I felt all this shame towards possibly being queer and not understanding it at the time or being allowed to understand that. There was no nurturing of that, no one helping me, no one educating me on it, nothing."

While the new Ladyhawke album was supposed to be released last year, it ended up being delayed for obvious reasons, as Brown worked out how to release music in the "new normal".

"You sort of have to come to terms with this reality, like hey I've made all of this music and I'm going to release it and I probably won't be able to tour it," she said.

"This time it's like a whole new reality, you make a record and then you plan out how to make live content for people to watch."

And that's where the live gaming platform Twitch comes into play - while Brown uses it for its traditional purpose of livestreaming video games, she's also found it can be useful in other ways.

Guilty Love premiered on the platform and Brown was also inspired by other artists and groups like The Drax Project, who have streamed the music production process live.

"That's something I'm building up to as well, actually livestreaming my production process and everything so that everyone can just tune in and watch," she said.

"This is going to sound weird, but it's given me a huge amount of confidence in public speaking and it's made me feel more confident in my ability around singing and songwriting."

And despite the setbacks, Brown says the disruption of the pandemic worked out for the best in the end.

"I'm actually just glad that it happened the way it did because the album I've ended up with I'm so beyond proud of."