Navvy on making hits out of heartbreak - 'That's my job'

Auckland pop musician Phoebe Lee Jasper - Navvy - has created songs that have been listened to a million times, but isn't afraid to delve into her personal life for her music. 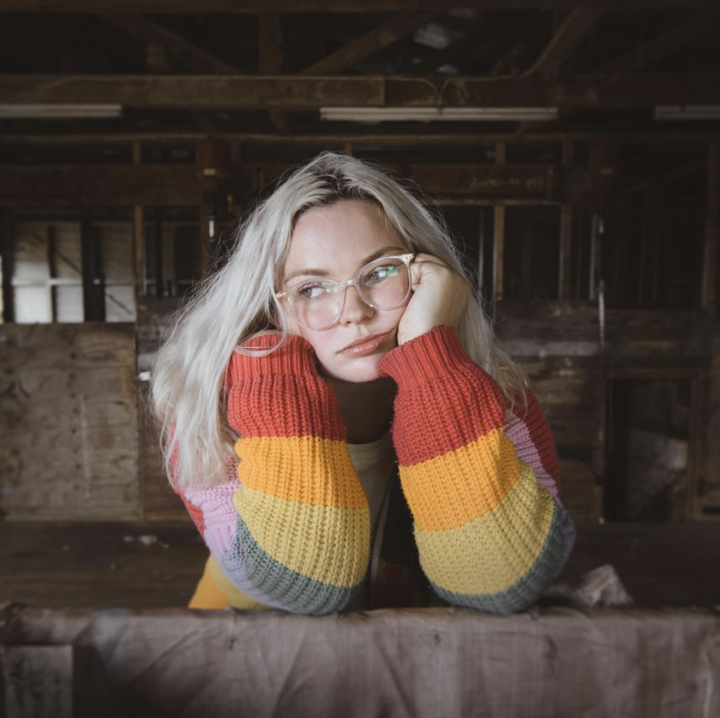 She's clocked up millions of Spotify streams, and worked with international producers on a trio of EPs released over the last year. Together the three tell the story of her breakup with a long time boyfriend, and her recovery from it.

Navvy worked with New Zealander Sam de Jong on the first two of her three EPs and said he is one of the best producers to work with.

She used to split her time between Auckland and London.

Navvy says in London she was often auditioning people to work on her songs in a very informal way.

She compares it to speed dating - the idea of going into the studio, working with a lot of different people and trying to work out who is a match.

Working with strangers can be daunting because writing a song is an incredibly personal experience, she says.

"I have to be like 'hey I'm Phoebe and my boyfriend broke up with me and he cheated on me and let's talk about it for the next six hours and write a song'.

"And that can be a difficult thing to do when the producer is just like 'okay' - but Sam's like 'yeah let's talk about it, like what else happened' and he asks lots of questions and he's just like the most positive epic person, I could not speak highly enough of that man."

Navvy says she has been asked several times whether it is scary to be that honest about such a personal event.

"But I kind of think that that's my job, you know the only thing I can bring to this is my perspective on the things that I've been through."

Navvy says she usually goes into the studio with a concept, which the team works with and usually people are receptive.

"We're all kind of living our dream jobs, you know we get to go into a studio and write songs all day, so there's not so much to complain about."

Navvy says if she wasn't a songwriter it's likely she would be in a field like therapy because she wants to help people.

"The idea that I can write a song in New Zealand at my house that has been listened to a million times, well that's like hundreds of thousands of people that that song has potentially helped - that's like too much to think about really."

Navvy says the way she works varies and some times she will go into the studio with nothing.

"We'll start from the ground and that day we write the whole song and those are the most magical times I think, cause like that didn't exist six hours ago and now it's just this cool song."