From Beatles to Brockhampton - a short history of boybands

If you haven’t heard of Brockhampton (BRKHMPTN) yet, it’s not for lack of effort on their part. They describe themselves as “the hardest working boy band in show business”. Yadana Saw looks at how they measure against the greats of boy bandom. 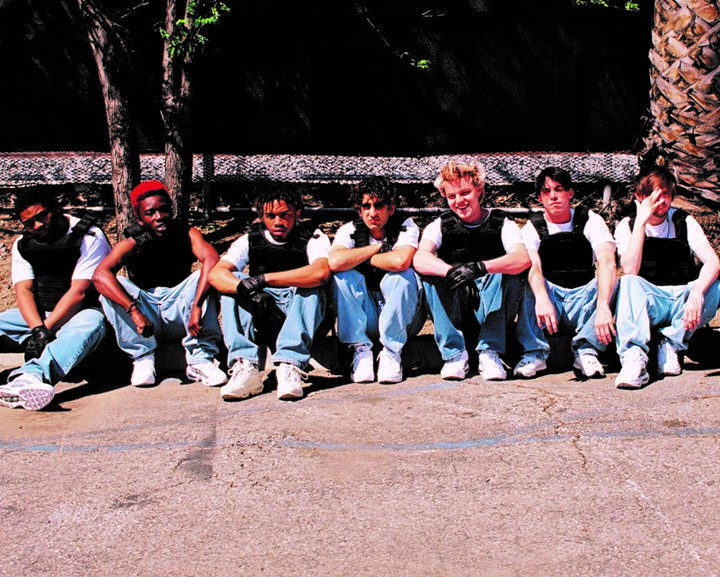 The thirteen-piece indie hip hop collective began its life in 2015 in an online Kanye West fan forum, when founder and creative visionary Kevin Abstract posted a request for anyone who wanted to start a band.

Since then the self-funded Texan-cum-California-based outfit have turned out several studio albums, multiple side projects, played Coachella and have been the subject of a fly-on-the-wall documentary series.

In the long tradition of boy bands Brockhampton knowingly flip many of the norms associated with the manufactured, clean-cut, heterosexual image of boy bands. On the other hand, they stick to some of the 'rules' peculiar to this form of entertainment.

To understand Brockhampton and the great legacy of boy bands we need to go no further than the second letter of the alphabet.

1. Boy bands start with the letter ‘B’

The emergence of boy bands can be traced back to the 1960s when four Liverpudlian youths took over the world with their music, changing the meaning of fandom.

Beatlemania revealed a side to being a music fan that was mostly female, and deeply personal. 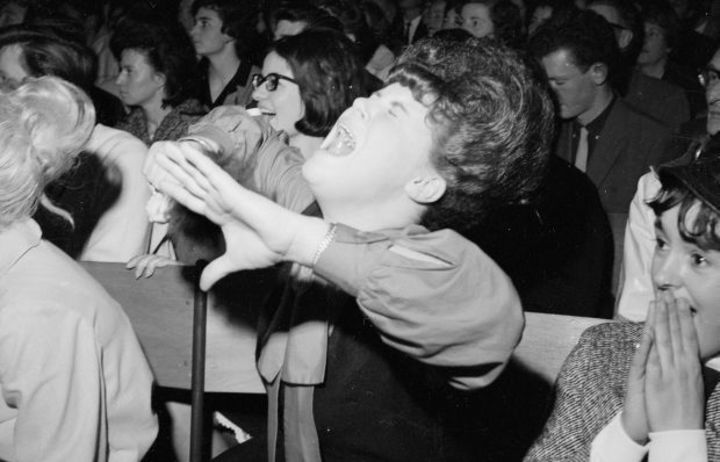 In the generations since, there have been many iterations of young male musical troupes who have followed the boy band commandments as founded by John, Paul, George and Ringo.

‘Let It Be’ they sang, and whether the Fab Four intended or not, the letter B has been an almost compulsory starter for any serious boy band.

From the tartan titans Bay City Rollers to the impeccably choreographed dance routines of BoyzIIMen, Backstreet Boys, Boyzone, Blackstreet, any boy band worth their merch sticks close to the opening of the alphabet.

Honorable mention must go to Boston, Massachusetts’ New Kids On The Block for ending their name with a B.

Boy bands have always cultivated the perception of being within the reach of their adoring fans, or “stans” as super dedicated fanatical fans are now commonly referred to

This begins with the lyrical content. Fans attach an intimacy by connecting themselves to the songs’ messages or believe so strongly that the songs are “for them”.

Love is the boy band’s most enduring theme. Brockhampton have their own take on love, wearing their outsider status keenly with lyrics that deal with identity, homosexuality, racism and mental health, giving their fans a rich trove of words to forensically pore over on various social media platforms.

This differs from earlier boy band fan communities, where Brockhampton stans not only connect with one another but through social media are able to publicly connect with many band members.

I’m glad people have found a safe space in the art we’ve made. The act of making it is my safe space, one of the few moments I feel like I’m doing something worthwhile
Take that as you will https://t.co/FzxEIOqVBq

To truly understand the depth of fan love, try the excellent documentary I Used To Be Normal which gives a great insight into three generations of boyband fandom and their imagined worlds.

3. Show your love with merch

What better way to show your love and devotion to a boy band than to tithe your hard earned money to memorabilia?

A key aspect of boy band merchandise is to appear as stylistically repellent to older generations as possible. 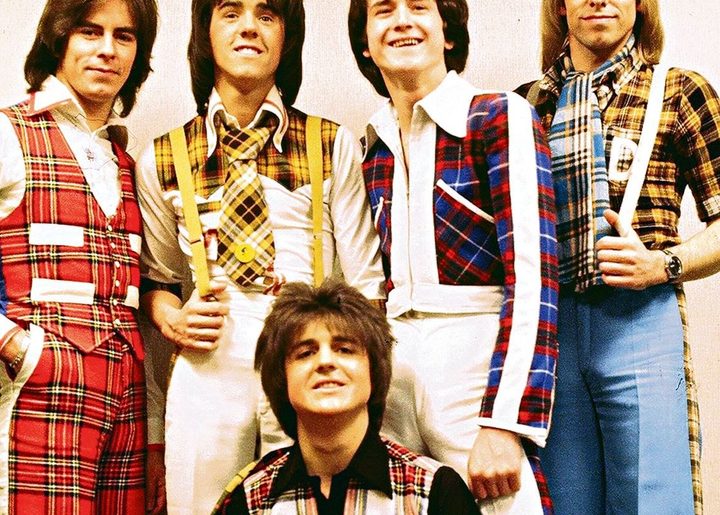 Bay City Rollers in the tartan glory that their fans emulate Photo: Supplied

The Beatles achieved this with the plastic mop top wigs which no 1960s parent would be seen dead in.

To coincide with their new album release Brockhampton have shrewdly launched five merchandised clothing collections with graphics that could be described as thermal-camera-meets-MS- Paint. In other words, clothing only a true stan would love and that parents could never, ever understand.

This prodigious work ethic has long existed in the boy band universe. The Beatles set the pace when they followed up their 1963 debut album Please, Please Me with With The Beatles the same year. Over the following year they released A Hard Day’s Night and Beatles for Sale, shot a movie and played several hundred shows across UK, Europe and USA.

Since then, boy bands have known they must maintain a faster-output, higher frequency schedule than non-boy band acts.

Brockhampton is no exception. Within 18 months they dropped their debut mixtape All American Trash and their Saturation trilogy (three albums titled Saturation I, II and II, released July, August and December 2017 respectively.) The band are scheduled to release their much-anticipated fourth studio album Iridescence while they are in New Zealand.

If you can appeal to the masses onstage you can multiply that audience via the screen!

In addition to their extensive discography, The Beatles played themselves in a rich collection of films (A Hard Day’s Night, Help, Magical Mystery Tour) as well as lending their personas to the cartoon Yellow Submarine.

Seizing on the multi-platform success of The Beatles, US entertainment moguls manufactured a facsimile known as The Monkees. This “band” began life as an NBC television series about a group of friends trying to make it as a band. Funnily enough the imaginary band then actually did make it as a band.

Fast forward to the 1990s when New Kids on The Block graced the small screen with a one season animated show. The plot lines largely shone a favourable spotlight on NKOTB manager-creator Maurice Starr who also managed RnB pop act New Edition.

Brockhampton follow this boy band tradition, though in a Millennial-Gen Z, more-meta-than-The Monkees fashion. They live stream on social media channels while a VICELAND documentary crew films them making their own web-based series. To accompany their last release (Saturation III), they released a short film Billy Star directed by Brockhampton creator and creative mastermind Kevin Abstract. For Iridescence, their forthcoming release, they are screening The Longest Summer Ever, a documentary addressing the tensions surrounding the ousting of founding member Ameer Van after allegations of sexual misconduct.

Maurice Starr, manager of NKOTB was often a visible presence when the band attended public events.

Brockhampton collapse this notion further by simply making their management, visual, graphics and web team official touring band members who are equally invested in the collective’s purpose to create meaningful art for young people like them.

Robert Onitient is the band’s web developer who has generated a cult following through his frequent cameos in Brockhampton music videos.

The circle of boy band lore is surely complete when a boy band records at Abbey Road studio. Made famous by the Beatles and the eponymous record, today, working at the studio is a high mark of distinction in any artists’ career.

Earlier this month Brockhampton revealed that they had completed Iridescence at Abbey Road. This is after the band had finally signed with major label RCA for a $15 million-six album deal.

When asked whether the band were “selling out”, founder Kevin Abstract answered with a touch of the wit and attitude long displayed by his boy band forefathers (remember when John Lennon quipped that the Beatles were bigger than Jesus?). He stated, “Nothing changes. We still in this living room making songs, making out and all of that. RCA just gon help us push this gay agenda”.

Admittedly, little of the output of post-Beatles boy bands is likely to stand the test of time the way Lennon-McCartney songs have. Unlike others of their type, The Beatles outgrew their boy band status to become enshrined as some of the 20th century’s greatest song smiths.

No matter what they tell us, and even if they’ve taken a seven-year break before, Irish boyband Boyzone (founded 1993) are officially calling it a day this year with a farewell tour and album.

But a few boy bands are enjoying a renaissance on the nostalgia act circuit. It’s true, Backstreet is back! Though truthfully they never went away, as they have been around for every one of the past 25 years.