Wellington buskers-turned-Spotify darlings Drax Project embarked on the tour of a lifetime yesterday – supporting the most streamed solo female artist of all time Camila Cabello on her string of sold-out European shows. 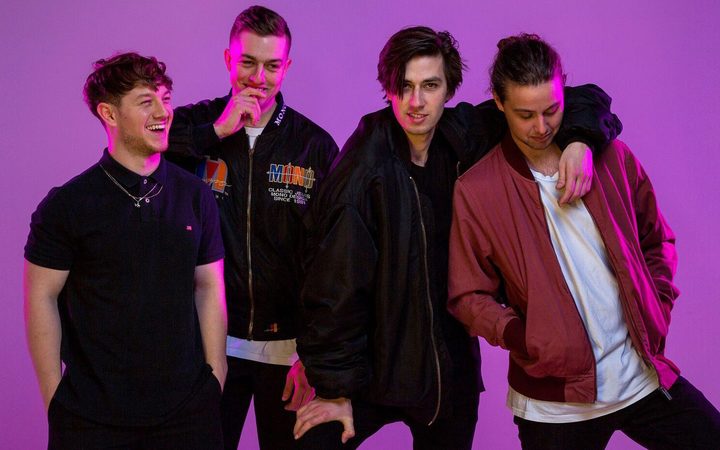 He has just walked off Birmingham’s O2 Academy stage on the second night of Camila Cabello’s Never Be The Same tour when RNZ Music speaks to him.

“Last night we played Glasgow, I feel like tonight we were more into the swing of it a bit more. We got an awesome response from the crowd.”

The Cuban singer’s sassy summer pop hit ‘Havana’ has made the 21-year old the most streamed solo female artist of all time, and critical response for Cabello's first European tour has been positive.

Drax Project, too, have dominated summer playlists with their breakthrough track ‘Woke Up Late’ and they have been building a large local following from their live shows by working with pop's hottest talent.

Last year they opened for Lorde on her Melodrama homecoming tour; earlier this year they played support for Ed Sheeran’s New Zealand leg of his Divide World tour; and just last month Drax Project sold out two nights at Auckland’s Powerstation within minutes.

Though the international dates are seeing a “slightly different mindset” for Ben O’Leary and his bandmates Shaan Singh, Matt Beachen, and Sam Thomson.

The audience are “there to see someone else. They’re like ‘where’s Camila? Who the hell are these dudes?” laughs O’Leary.

He’s quick to add that “it’s been awesome trying to win the audiences over”.

While touring with Cabello, the Wellington quartet are releasing their latest EP Noon, which wasn’t exactly the plan, according to the guitarist

“We didn’t plan to be releasing an EP this soon, it just came out real quick. We kinda just decided we should get all done before we went away.

“It seems like it was ages ago since we released ‘Woke Up Late’.

“We’re really excited to be finally releasing some new music.”

After playing forthcoming dates in Amsterdam, Berlin, Madrid and Barcelona, Drax Project will be heading to the United States for more shows and recording sessions.