The Parihaka Peace Festival is in it's fifth year, and brings together musicians on two stages, speakers and poets, a film festival, traditional healing, and a children's area, set among the hills of this important historical site. Melody Thomas has been collecting up tasty tidbits at Parihaka this year, including interviews with Kora, Katchafire, The Hori Buzz and Batucada Sound Machine, Unity Pacific's Tigi Ness and Little Bushman's Warren Maxwell, poetry from Apirana Taylor and a workshop for teenagers hosted by Olmecha Supreme. 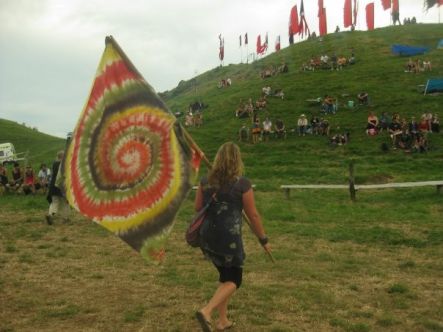 Globe-trotting keys player Mark de Clive Lowe is here playing a couple of gigs with British vocalist Vanessa Freeman- Mark pops by to play us a couple of new tunes.

And Nick Bollinger is back to review the new album from British soul singer Alice Russel, who plays in NZ next week.

At 2, Sean McKenna speaks to Tim Gane of drone-pop maestros Stereolab about new album 'Chemical Chords' ahead of their visit to Aotearoa next week.

Presented by Paolo Hewitt, the fourth and final part of BBC documentary 'The Who - Their Generation' begins with the birth of rock opera 'Tommy'. Featuring exclusive interviews with Roger Daltrey speaking about The Who's psychedelic Woodstock performance, the mighty 'Who's Next' and the gap left by John 'the Ox' Entwistle.

BBC Radio One star Zane Lowe (pictured below) has been loitering around his hometown- Auckland - all summer, we lured him into the studio to do what he does best and make us a mixtape.