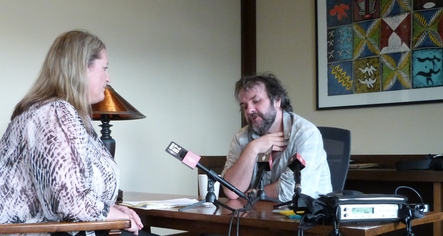 Sir Peter's Jackson's latest film, The Hobbit: An Unexpected Journey, will premiere in Wellington tomorrow - the first in Warner Brother's $660 million production of JRR Tolkien's fantasy novel. The Hobbit has employed more than 2000 people (NZ and foreign) in New Zealand over the past year. Jane Patterson spoke to to Sir Peter at his production facility in the Wellington suburb of Miramar.