Keep your ears out for a "flutey" and melancholic birdcall if you're heading for the Heaphy Track this summer.

A bird recorded by three trampers on 29 December may well have been a South Island kōkako.

The last confirmed sighting of the southern songbird - which had a blue-grey body and small orange wattles at the base of its bill - was in 1967. 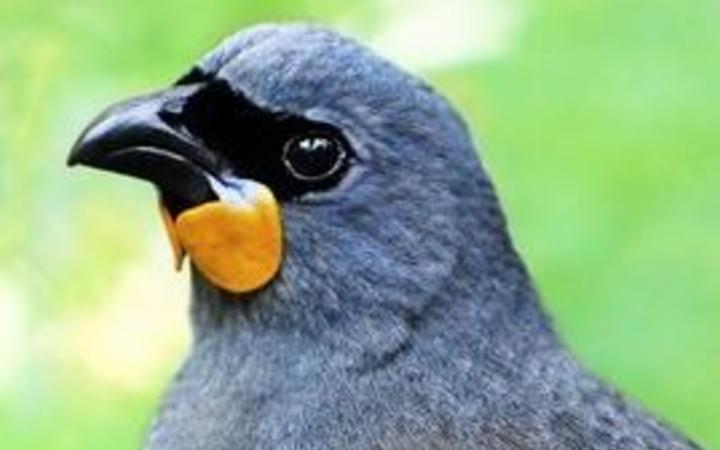 The trampers were stopped in their tracks by a somewhat familiar sound, says Inger Perkins from the South Island Kōkako Charitable Trust.

"They'd heard a North Island kōkako and it reminded them of that. Then they saw a bird of the right size and colour gliding away… they managed to catch the last couple of notes it made before it went quiet."

Kahurangi National Park was already a site of interest for kōkako-seekers, she says, as there have been quite a few reported sightings there in the last couple of years.

The bird's distinctive "flutey" call is very tricky to identify, Perkins says, as tūī and kāka can mimic it and mix it in with other sounds.

"We know the kāka respond to local sounds they make, and they responded to our previous recording but not this one.

"So we think this is very different and we think it's very likely to be the kōkako."

Tūī and kāka imitations of the kōkako call don't share the singularly melancholic nature of the original, she says.

"That soft, sad sound seems to be very indicative of a kōkako."

While this audio recording is "extremely exciting", Perkins says, it's not the evidence needed to confirm the presence of a kōkako - a photograph or video.