Covid-19: Ardern does not believe ICUs will become overwhelmed

In countries such as Singapore, where Governments have moved out of lockdowns and tight restrictions, hospitalisations and ICU cases have risen exponentially.

"We do not need to accept that as a fait accompli. Keep in mind, of course, the likes of say Denmark, and granted I looked at their numbers last week very high vaccination rates, but the last time I looked at the their ICU numbers they were in the order of the 20s." 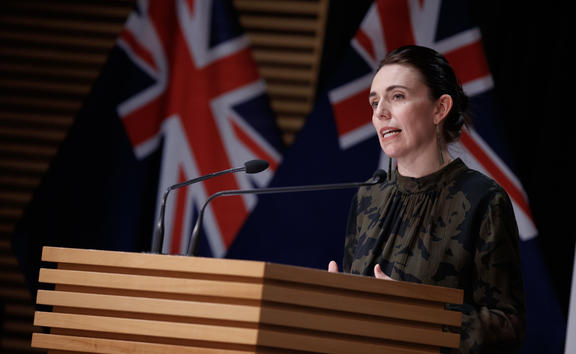 Ardern said some regions may be able to get down to zero cases of Covid-19, but Auckland might not be one of them.

"We've got the ability in those other areas when we know how it's got in there, for instance, to yes drive it right down to zero, and then the ability if we're able to, to move back to, for instance level 2 environments, and you see that's exactly what we're working to do in Northland, where we've had a case move through, and in the Waikato.

"At the same time, we're doing that in order to continue to buy that time to get those vaccination levels up inn Auckland.

"I want to be really clear here, what we are doing today is no different to what we were doing on day one of this outbreak. We continue to work really hard to aggressively stamp out every case that we have.

"That doesn't necessarily mean we'll get to zero, but we do need to continue to really aggressively contain Covid in Auckland. We do not have enough people vaccinated to have a situation where this becomes a massive, uncontrolled outbreak."

She said Cabinet has not considered a move back to alert level 4, but nothing is being ruled out.

"We haven't considered it to date, but what I will say is that we will constantly assess that outbreak.

"If we think there are things that we can do that will assist, in terms of restrictions, we will always consider that.

"Keep in mind, we used level four for the longest period we have ever used it before. It's not a particularly sustainable long-term place to hold people, because it relies really on success for very high levels of compliance."

Relief for Bay of Plenty

Fears Covid-19 has spread to Bay of Plenty appear to have been alleviated.

Ardern told Morning Report the positive case identified in Katikati at the weekend has been retested, and the result has come back negative.

The person had a high CT count, meaning they were likely a historic case.

All their family members have also returned negative results.

Ardern said the Bay of Plenty can breathe a sigh of relief, but vaccination and testing rates need to remain high.