Hipkins told Morning Report the government was considering buying or leasing some of the existing facilities used for MIQ, or purpose building new ones.

"Those are longer term options, bearing in mind that to build a facility takes quite some time," he said.

As for where that might go, it would have to be away from the central city, but not too far outside a major population area.

"You still have to staff the facilities, you still have to have people working in them and if you put them in the middle of nowhere that becomes very, very challenging and very difficult." 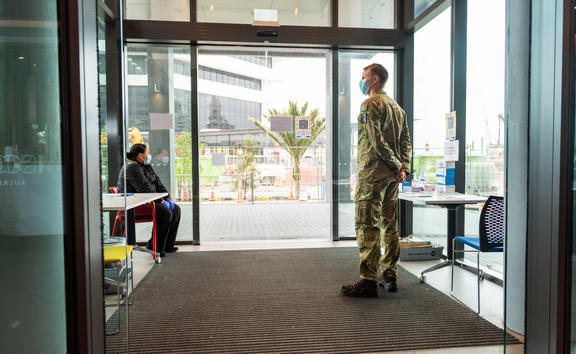 Hipkins said in the past having facilities out near Auckland Airport has been easier than the ones located in Auckland's central city.

"They've often got quite big outdoor spaces that mean you don't have to bus people to get their daily fresh air exercise. So, the CBD ones in Auckland, they've been more challenging for that reason."

Even if the government decides to keep using the hotels it currently uses, Hipkins said the government will still need to customise them more than what has already been done.

"A lot of work has been done to further remove risk, including customising air conditioning systems, changing the way people flow through the building, etcetera."

He declined to say if any property was currently being considered or negotiated on, citing commercial sensitivity concerns.