An immunisation expert is confident in New Zealand's vaccine rollout, despite criticism of its speed from opposition politicians.

The National Party has slammed the government over its claims that the Covid-19 vaccination rollout is on track on Wednesday.

The Health Ministry has released details showing that just over 90,000 doses of the Pfizer vaccine have been given so far.

He said the rollout is woefully behind schedule, and IT systems needed to ensure it happens are still not ready.

The head of the Auckland University Immunisation Advisory Centre, Dr Nikki Turner, told Morning Report she's aware of plenty of work behind the scenes in DHBs to get ready for the rollout.

"We might be behind schedule, but also I know very well that every DHB is working really hard right now on scaling up the size of these clinics." 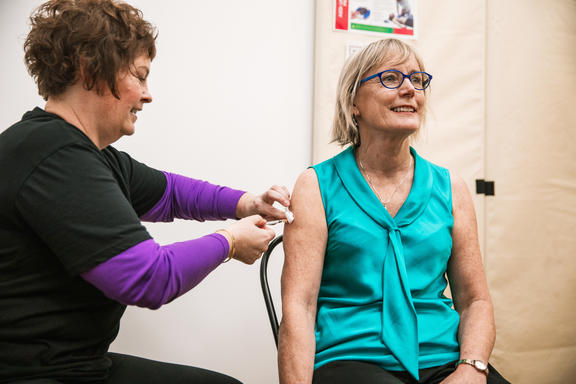 Dr Turner said the decision to only use the Pfizer vaccine could have contributed to the delay, as its fragility means it has to be administered in a large vaccination centre, rather than the pharmacies and GP clinics that would usually be used for vaccination.

The move to only use Pfizer does have some benefits though.

"It has slowed things down, but it's also gained us a lot because it's such a great vaccine," she said.

Dr Turner said she expects to see more teething issues as the rollout progresses but she's confident they will be ironed out.