The Green Party say voters have given a strong signal they're valued in government, and they have ambitions for executive roles in the next one. 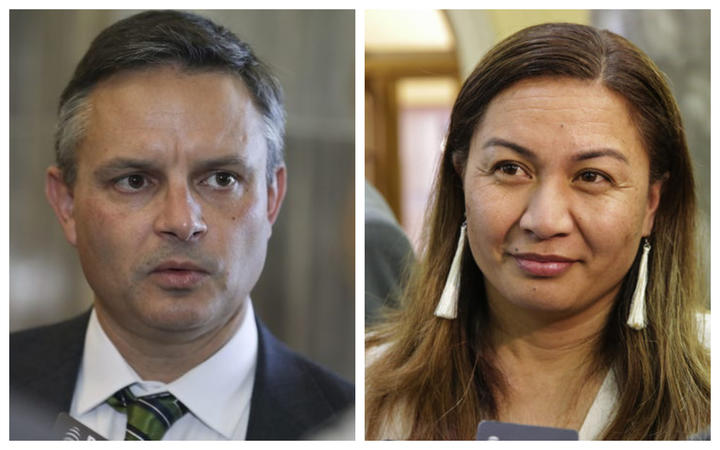 With special votes still to be counted, the party has 180,224 votes or 7.6 percent of votes nationally, which wins them nine list MPs.

It's a spot that is typically a scramble between the smaller parties and can bestow the possibility of negotiating a key place in a coalition government.

Green co-leader Marama Davidson told Guyon Espiner she's very happy with the outcome, which should give them ten MPs.

This year's one electorate win was for Chlöe Swarbrick, number three on the party's list, who polled better on Election Day than polls had showed in the lead-up, and won the Auckland Central seat.  She beat Labour's Helen White by 492 votes, however Labour won that electorate's party vote. The only other Green Party member to have ever held an electorate seat was Jeanette Fitzsimons, for Coromandel in 1999.

"I'm really ecstatic, completely stoked. We were hoping to stay above 5 percent, because historically smaller first term government parties do not achieve that," Davidson says.

"Not only have we defied the results... but we've increased our support to 10 MPs. [We have] three new incredible MPs, I'm completely ecstatic."

The party's list number eight is Teanau Tuiono (Palmerston North), who Davidson says will be their first Pasifika MP.

Davidson says special votes will show whether they can bring in their number 11, as well.

She says the party will meet together today to discuss what they want next; whether they want to negotiate with Labour to try to form a coalition government again, what the crucial factors are that they want on the table, and what would be the deal-breakers for them.

Davidson says despite the strength of Labour's position, she believes New Zealanders would still prefer a coalition.

"People do not want to see just one political party in full power," she says.

"They totally gave huge [numbers] to Labour, that's clear, but I think it's been clear in the polls and the surveys done right up to the election, and the fact Greens swung an extra 2 percent on top of what we were polling - it's again a clear mandate for not just one party to hold all the reins of power."

Davidson says they don't yet have any appointment set up to meet with Labour, and today the Greens will hold internal discussions about what their next steps might be.

"I am being upfront with our strategy here: [talk of a coalition] will absolutely come back to the members, on how well we can see our long term future going into the next term; whether or not we are able to achieve our work programme, our priorities in climate, inequality and environment.

"Whether or not we achieve roles that can progress that work programme. That is what... agreement will come down to for our members. And we won't be able to pre-empt that for our members."

In the outgoing government New Zealand First won 7.2 percent of the party vote, crucially that gave them the ability to swing the balance of power between a right or left -leaning government. They played that position into gaining the deputy Prime-Minister role for party leader Winston Peters, three positions in cabinet, an outside cabinet a ministerial and an under-secretary role.

By contrast, the Greens came away poorer: three ministerial positions (including Minister for Climate Change, Minister for Women and Minister of Conservation), and an under-secretary role, but all outside of cabinet.

"Outside of the executive in the last term, the Greens in Government achieved more action for climate change than 30 years," Davidson says.

This time around, can they hope for Labour to consider their MPs for ministerial roles or cabinet positions?

"We would want to see roles that would progress [our work] programme, and yes, it would involve some ministerial responsibility at that level," she says.

"Across all of our MPs, we will be looking at aligning potential roles with the work programme, as a whole not just down to one person."