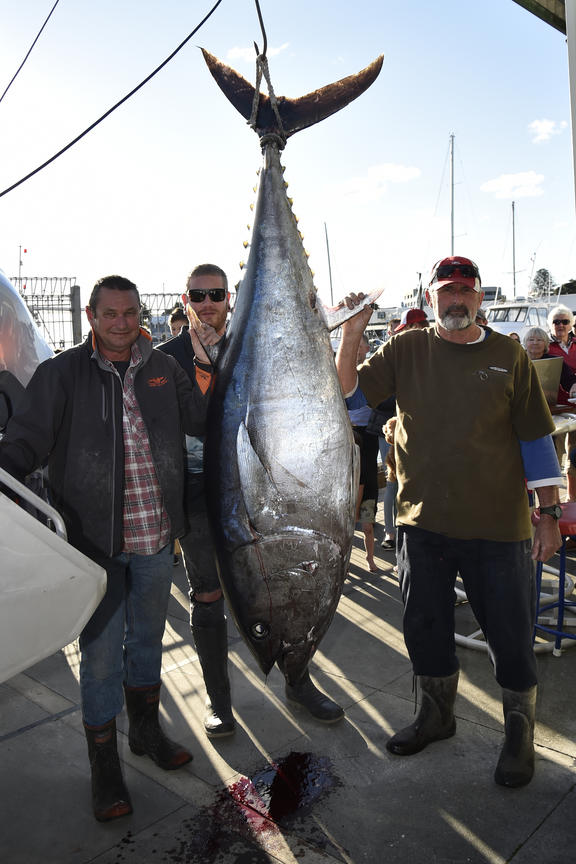 A possible world record bluefin tuna has been hauled-in by three fishermen at 'Spot X' somewhere near Gisborne.

The 156.8 kilogram monster is a touch over the most-recent biggest tuna which was also caught in Gisborne last year and weighed in at 155.1 kilograms.

Graeme McKay was the angler and spoke to Morning Report producer Jeremy Wilkinson.