Protestor numbers at Ihumātao are swelling and they now outnumber police three to one. In excess of 300 people were at the disputed site on Thursday facing fewer than 100 police. 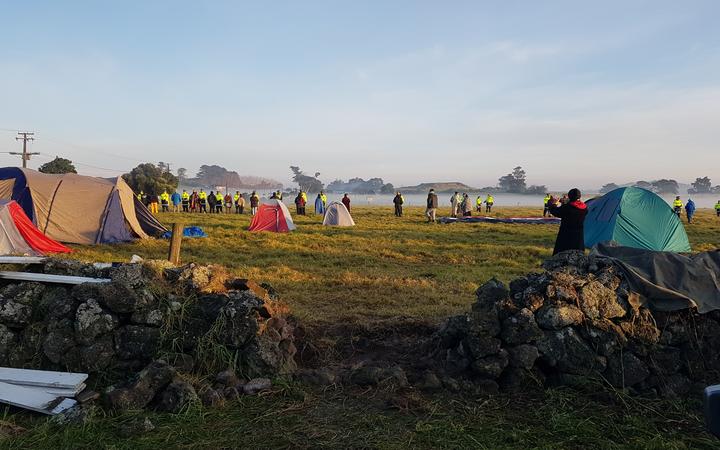 A piece of wall has been removed to allow acces to the paddocks at Ihumātao. Photo: RNZ / Joanna MacKenzie

Six people were arrested on Thursday, attempting to block the road to the airport three kilometres away. 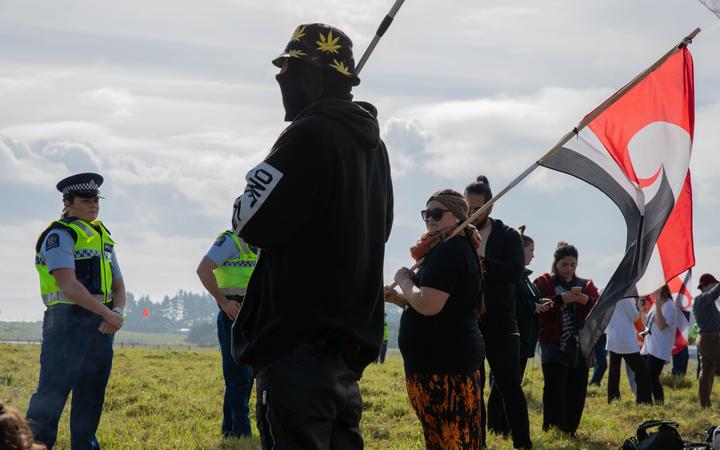 People continue to occupy Ihumatao after protesters were served an eviction notice which led to a stand-off with police. Photo: RNZ / Dan Cook

Even more protestors are expected over the weekend. RNZ reporter Tom Furley has more.