It's a race and the name of the game is to win the world championship, but it's not exactly conducted at the speed of Usain Bolt.

The annual world snail racing championships were staged in Norfolk, England at the weekend. The field of 215 snails were whittled down to 13 in the final. 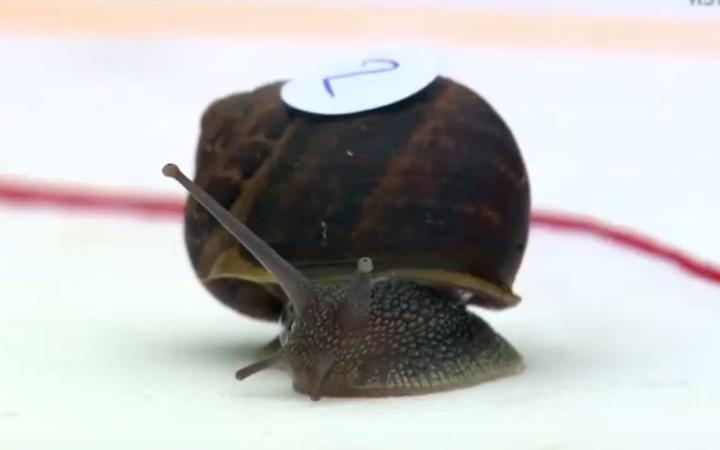 Neil Riseborough is the championships' Snail Master and race starter and he told Corin Dann it was a nail-biting, snail race.

"We race over 13 inches, we start in a circle and race to an outer circle and the first one to the outside circle goes through to the final at the end of the day."

The final was won in 2 minutes 38 seconds, which is a long off the world record, he says that was set by Archie in 1995- 2 minutes flat.

"The racing this year was absolutely amazing it was tight. It was quick - well quick in snail terms obviously - and we had two dead heats in the heats – so that made for a very interesting day’s racing."

So what makes a thoroughbred snail.

"If anything it’s the preparation I always say; if you train your snail on French windows going up, they’re going to last longer and have more stamina because they’ll have more stamina on the flat. And basically that’s all it is - and just a bit of love and tender care like you would your wife, or your husband for that matter, and away you go."

He says the snails rarely go into their shell and rise to the occasion.

"It’s quite remarkable how you can say 'ready, steady slow' and off they go. We have a huge crowd - the Open had nothing on the snail racing, nor does the British Grand Prix."

And Neil had words of consolation for Kiwi cricket fans.

"And can I just say what a wonderful gentleman your captain is, that Kane Williamson, he was an utter gent after all that happened the other day, and I feel very sorry for you lot, because I think it should have been a draw and they should have shared the cup."