The partner of a man sexually assaulted while in the army in the 1970s is demanding the attack be investigated.

An Insight investigation has discovered that Terry King's partner wrote to Defence Minister Ron Mark late last year, asking the military to open up and allow an independent inquiry.

Ron Mark says he is committed to finding a way for the military to address past misconduct.

Terry King now lives the country life in Hawarden in northern Canterbury, where he owns horses and helps former military personnel suffering from PTSD - by taking them for a ride up country.

But he has suffered his own personal trauma.

In the 1970s - just a few weeks into basic training at Burnham Military Camp - he was brutally raped by a group of fellow male personnel.

"I still have that haunting feeling that I should have put up a bigger fight - you know - I should have gone down screaming, but something in the brain just shut me down. And I remember my oldest half-brother saying 'it is barrack justice - take what they give you - and get on with it' and to me that's what I did - I just shut up," he said.

Even though Mr King was heterosexual, he feared he may have been thrown out of the army if he reported the attack because it would have been regarded as a homosexual activity - which was illegal at the time. 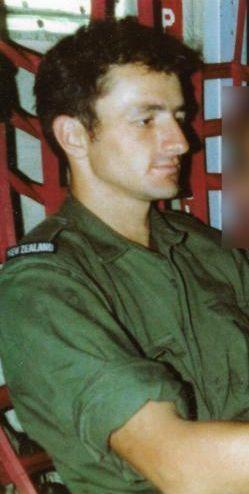 He decided to keep his mouth shut.

It's only in the past 18 months or so that he's decided to deal with his abuse head-on.

Ken Clearwater, who is the national advocate for Male Survivors Aotearoa - a sexual abuse help service - also suffered abuse at Burnham, albeit at a lower level.

It was also in 1970s - a few weeks before he was getting married.

"They knew what they were doing - they had the jam and all that ready to (go) when they got me and smeared it all over my genitals and things like that... how long they'd had it planned for, I don't know," he said.

Both Terry King and Ken Clearwater are still staunch in the belief that being in the military is okay, despite a few "bad eggs."

However, they believe the Defence Force needs to be more accountable for what happened to ensure a safer, more inclusive future.

"This was 1974 I am talking about! He was afraid to talk about it! Was he gay? It was illegal - how could he talk about it? He was a young man who was shy. He had just spent two or three years living on a high country sheep station. Very innocent and hadn't spent much time with his peers and didn't know how to! How many other young men since that time have been raped alone or by groups of bullies?". 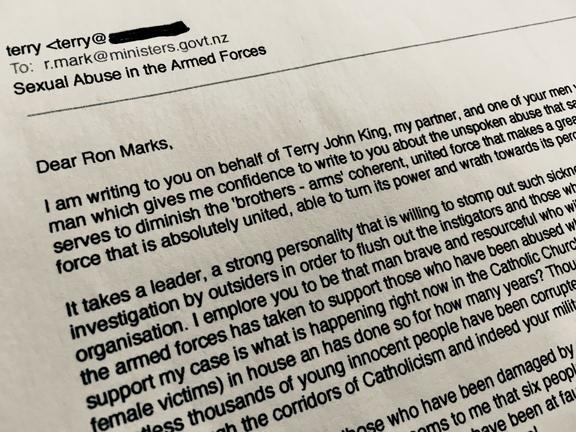 However, the minister said after meeting with Ken Clearwater, he's directed the Defence Force to look at how it handles historical cases of sexual abuse.

"You know, some shudder with some of the stories of the past - but they are the past - and I have full confidence in the current Chief of Defence Force and his staff to bring to me a report with recommendations as to how we can appropriately deal with this," he said.

He says he's committed to writing some of the wrongs of the past.

"It disappoints me that past administrations have not sought to front these issues.

"But hey, I've got a little bit of time left until the next election, I fully intend sorting that," he said.

The Defence Force said it is currently working on formalising a process in respect of historic allegations. It says it can't discuss individual cases but previous contact with Mr King had covered welfare issues, not calls for any investigation.

Chief of Defence Air Marshal Kevin Short has said Operation Respect; a programme aimed at reducing sexual violence, along with the LGBTQI group OverWatch, are an indication of the initiatives the military has implemented to support personnel.