Ōtara violence: Police a 'band-aid on a wound'

Anger bubbled over at a community meeting in Ōtara on Saturday, as residents demanded answers from local politicians about the rise in gun violence in the area. 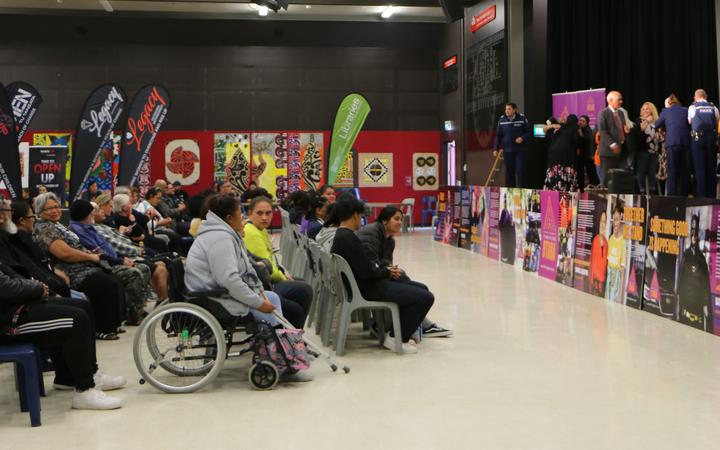 A nearby school and a kindergarten went into lockdown on Friday after a man was shot dead on Piako Street, just under a month after another fatal shooting less than three kilometres away.

However it took 90 minutes for the shootings to be mentioned at Saturday's meeting, when angered members of the public began shouting questions to the panel of representatives. The police commander for Counties-Manukau east, Inspector Wendy Spiller, says a large group of officers have returned to the area after two months helping teams in Christchurch.

She says the focus is now on prioritising gang and gun-related violence. But she says the police can't patrol every street corner looking for firearms, and appealed to the community for their help.

Poasa Moala is with Neighbourhood Support Ōtara and was at this weekend's meeting. He tells Susie Ferguson boosting police numbers in the area is not going to be enough.