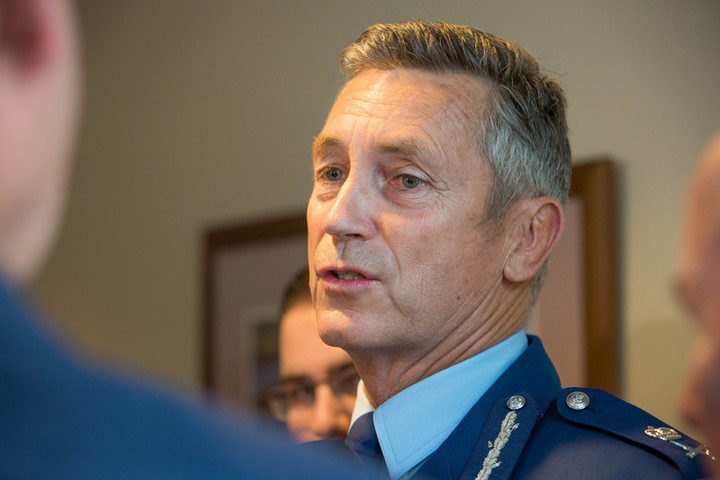 Police won't be carrying guns on themselves in Christchurch anymore, after the arrest of a 20 year old man. The district commander made the decision for officers to be armed because on two occasions police were shot at in Christchurch. The 20 year old has now been charged with using an imitation gun against police.The Police Commissioner Mike Bush spoke to Gyles Beckford.