The call of the huia, remembered

We have received a letter who has been keen for us to play the huia as one of our bird calls. 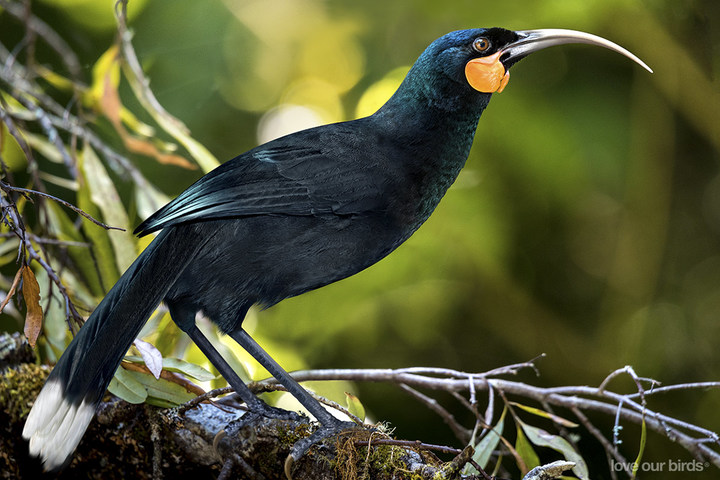 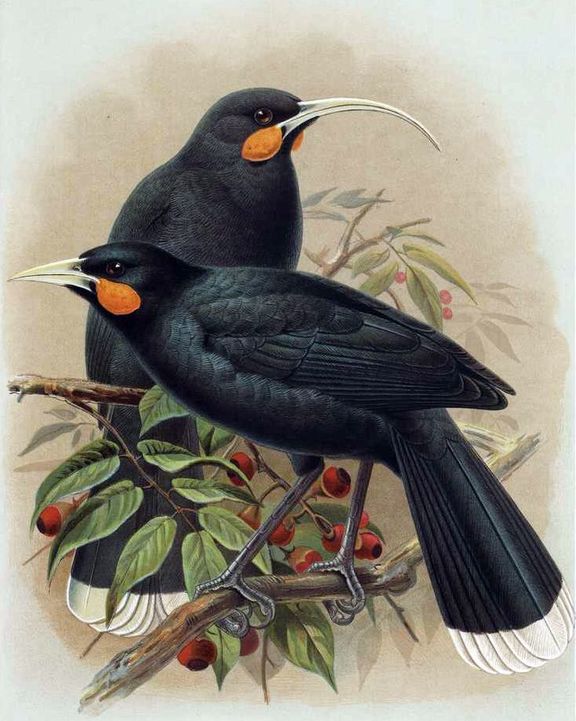 An illustration of a pair of Huia from A History of the Birds in New Zealand (1988) Photo: Public Domain

Unfortunately, no recording of the huia exists. The last confirmed sighting was in 1907.

Ngā Taonga Sound and Vision archives does however have a recording made in 1949 by Henare Hāmana, who mimics the different calls of the extinct huia bird.

Mr Hāmana had been a member of an expedition in 1909 that tried unsuccessfully to find any remaining huia in the North Island bush.

There have been no confirmed sightings of the extinct songbird since 1907, but Ngā Taonga hold a recording of Māori elder Henare Hāmana mimicking the huia's call. Take a listen!! pic.twitter.com/KGxSKNLLSk

The recording is Ngā Taonga Sound and Vision's most requested item.

So, for Brian and all the others keen to hear the huia, here's the male's call as remembered by Henare Hāmana.