ACT leader David Seymour has received a roasting on social media after he posted a picture of himself at a barbecue hosted by University of Auckland's Meat Club. 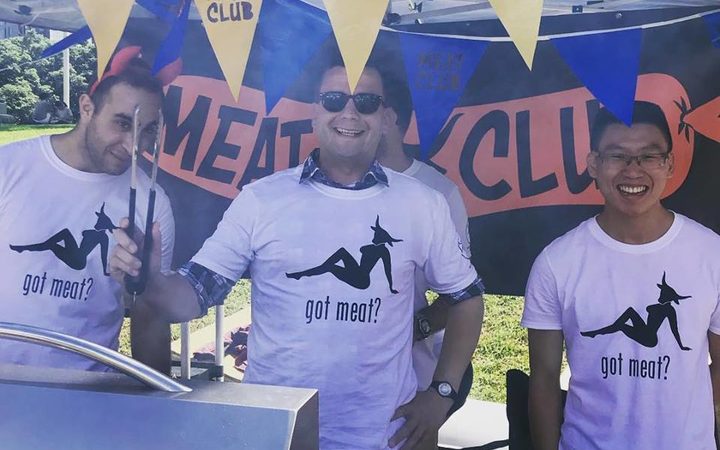 While a handful of hardline vegetarians took exception, the real heat was coming from those objecting to the Meat Club tee shirt Mr Seymour and his friends were wearing. It depicts a naked woman in silhouette reclining provocatively and it poses the question "Got meat?"

Green MP Golriz remarked on Twitter: "Being part of the problem on campus in a post #metoo world: proving your manhood doesn't require super gross women are pieces of meat and/or boner reference. Just eat your bbq ACT dudes. No one was questioning your manhood and it's not 1954..."

David Seymour joins Susie Ferguson in the studio to defend the event.