Transport lobby group Greater Auckland has set out a bold plan for a new commuter rail network linking Auckland with Hamilton and Tauranga.

Hamilton Mayor Andrew King and Tauranga Mayor Greg Brownless tell Morning Report it's an exciting initiative and they'll get behind it where they can.

"At the moment during rush hours it's taking over three hours to get into Auckland and the train, although it's going to take over two hours, it is time when people can be working on their laptops, people can be reading and doing business work," Andrew King says.

"It would certainly be a lot more relaxing than driving a car."

Greg Brownless says it would also be good for tourism. He says the question of payment is NZTA's responsibility.

"It will take traffic off the state highways, so that's something they should look at seriously."

"It's a matter of money - the Shinkansen in Japan does over 300km/h but there's a huge population there," Mr King says. 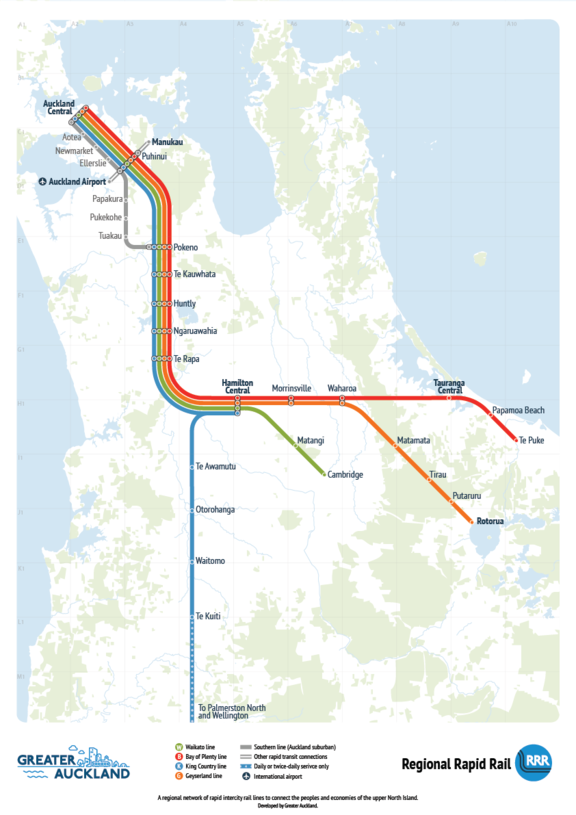 A map design of the proposed railway. Photo: Greater Auckland