A luxury Northland resort's plan to take up to 60,000 litres of water a day from a local creek to irrigate its lawns has angered a nearby landowner and local Māori.

The Helena Bay Lodge, built by Russian billionaire Alexander Abramov, wants to use the Mimiha stream - which flows through its grounds - for irrigation.

The lodge, recently named by a global travel agency as the best new luxury hotel in the world, has applied to take up to 60,000 litres a day in summer to keep its lawns green.

Its resource consent application to the Northland Regional Council (NRC) promised its "smart, formal, welcoming green lawns" would showcase "the best of green New Zealand to our guests".

But last summer the lawns turned brown in the drought.

Neighbouring landowner Rosie Stone said that was because the lodge had ripped up the coarse but sturdy kikuyu grass and planted a more genteel species that could not hack the heat.

"They were the only ones [in the area] who had a brown lawn," she said.

"They'd hoed up the kikuyu, replanted in ryegrass and then mowed it so short it didn't have a chance. Nobody else had a brown lawn."

Ms Stone takes a small amount of water from the shallow stream for her stock, but she said the amount the lodge wanted to take would damage the Mimiha and the life in it. 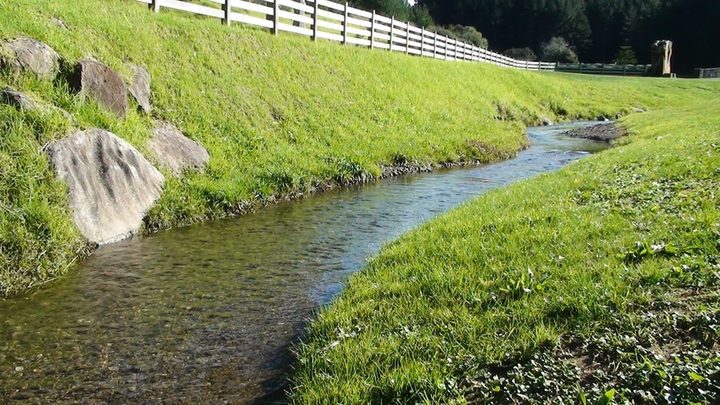